Tiger Shroff has turned heads ever since he has set his foot in the industry. His exemplary screen presence and terrific performance have paved way for his growing success.

The actor recently completed with his shoot of Baaghi 3 and his crew members are completely in awe of their leading actor Tiger Shroff. 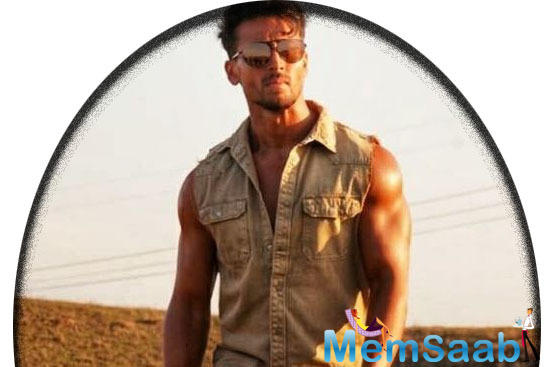 In This Image: Tiger Shroff
Tiger Shroff is the very cooperating as a co-star and this sweet little gesture has totally proved this. One of his crew members posted a picture where he shared “This photo is majorly dedicated to the most hardworking human I know who has gone through the most difficult schedule anyone could go through like a boss! you have become a brother to me, someone I could to talk and be myself and love as much as I want to! I cannot put this is better words your literally the best actor I have worked with and I hope you never change !!” 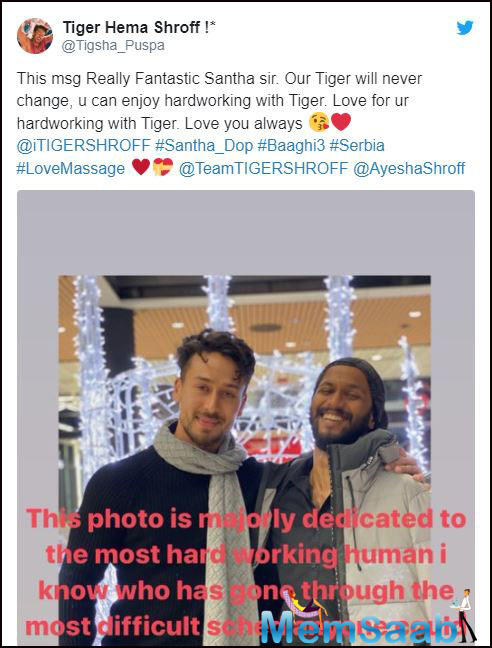 In This Image: Jackie Shroff, Tiger Shroff
On the work front, Tiger was last seen having a face-off with Hrithik Roshan in Siddharth Anand’s War. The high-octane action entertainer became the highest-grossing story of the year minting 317 crores at the box office.

He will be next seen in Baaghi 3 which reunites him with Shraddha Kapoor. 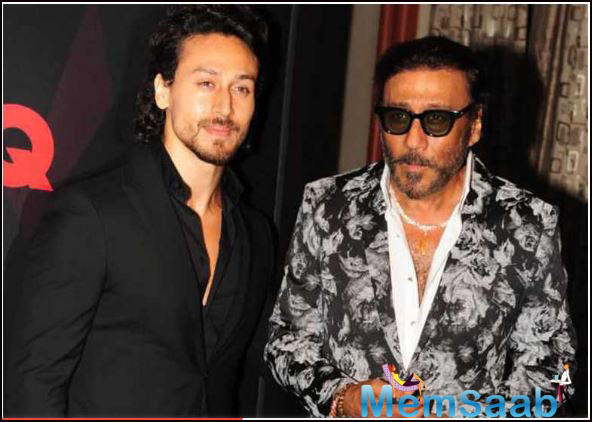 In This Image: Jackie Shroff, Tiger Shroff
The pair will reunite after three years. Baaghi 3 is produced by Sajid Nadiadwala under his banner Nadiadwala Grandson Entertainment. Helmed by Ahmed Khan, Baaghi 3 is expected to release on March 6, 2020.