Salman Khan took to social media to introduce a new addition in the cast for Kabir Khan’s next.

After sharing the screen space with Harshaali Malhotra in ‘Bajrangi Bhaijaan’, Salman Khan will be seen once again with a child actor in Kabir Khan’s ‘Tubelight’. 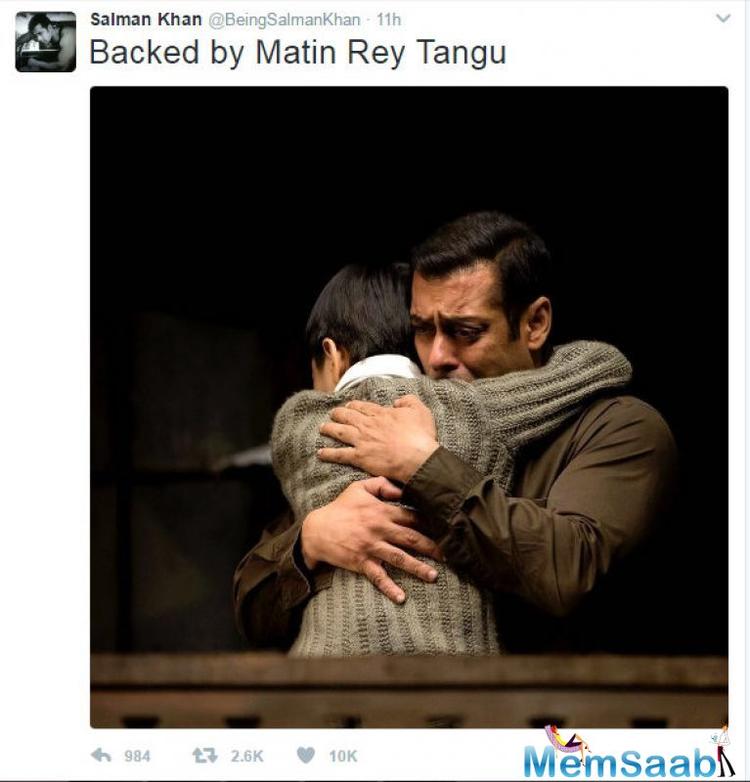 In This Image: Salman Khan, Matin Rey Tangu
The actor took to his Twitter account to introduce the child actor, Matin Rey Tangu. Salman shared two pictures, one from the movie and another a candid picture.

It seems both Salman and Matin have gotten along pretty well which is conspicuous from the shared images.