The third installment of the comedy franchise Hera Pheri seems to be getting delayed for many years due to multifarious reasons. 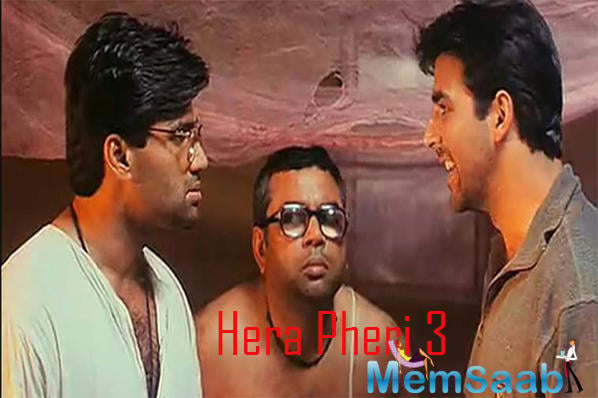 In This Image: Suniel Shetty, Paresh Rawal, Akshay Kumar
Right from the change in the cast to the director, then to the death of director Neeraj Vora were among some of the other reasons why the film is pushed.

And now with the producer of Hera Pheri 3, Firoz Nadiadwala being sentenced to three months of rigorous imprisonment in a TDS case, the film has gone under another delay. 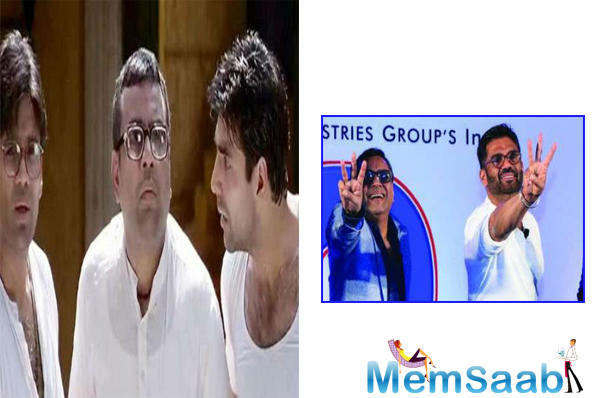 Hera Pheri 3 was to go on the floors in the next few months with same cast in the lead roles. 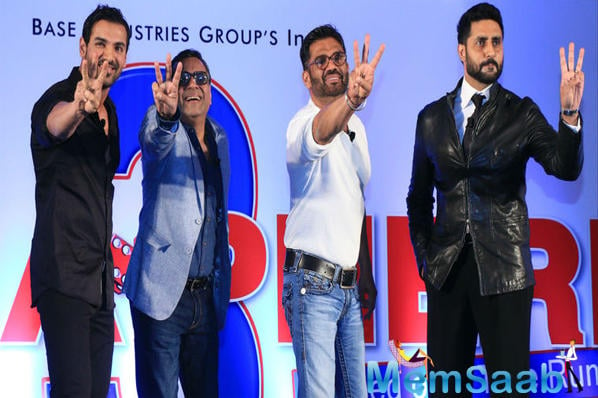 In This Image: Suniel Shetty, Abhishek Bachchan, John Abraham, Paresh Rawal
Earlier in 2015, they had planned the film with a partial change in the cast with John Abraham and Abhishek Bachchan, the Dostana duo, stepping in along with Suniel Shetty playing Ghanshyam and Paresh Rawal retaining his Baburao slot. But then that didn’t happen. And now with this sentence, it will be tough for the film to go on floors soon. Though Akshay and Suniel are very close to Firozbhai and keen to work on the film, it needs to be shepherded,” says a trade source.