He is the most composed player we have in the...

He is the most composed player we have in the team, Virat Kohli on Pujara praise

Man of the match Cheteshwar Pujara batted a record 525 minutes in his 202-run knock in India-Australia Test in Ranchi.

Kohli described Cheteshwar Pujara as priceless and also hailed Wriddhiman Saha and Ravindra Jadeja in equal measure as the trio put them in a winning position. 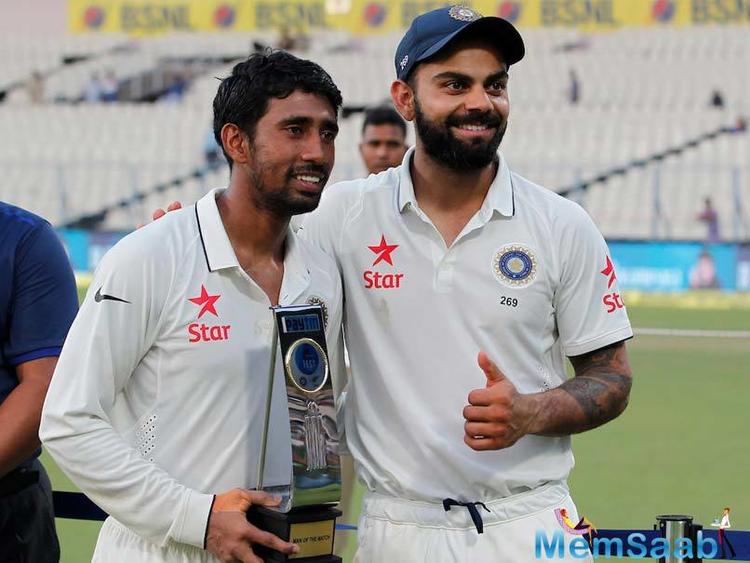 In This Image: Virat Kohli
“Sometimes I feel really bad for him that people don’t understand his importance in this team so much. You know what a valuable player he is for us. He is the most composed player we have in the team.

He is willing to grind for his runs, he does not mind batting under pressure, he likes to take the challenge of batting long. Someone like that is priceless to have in the team,” Virat said 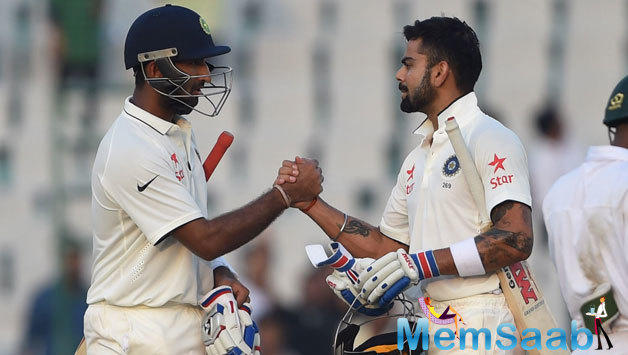 In This Image: Virat Kohli, Cheteshwar Pujara
Man of the match Pujara batted a record 525 minutes in his 202 as he along with Wriddhiman Saha’s career-best 117 was the cornerstone of India gaining a 152-run first innings lead.

“In pressure situation, he always puts his hand up and plays long for the team and hold up one end, which I think is a great quality. This season he has been outstanding. He has contributed throughout. 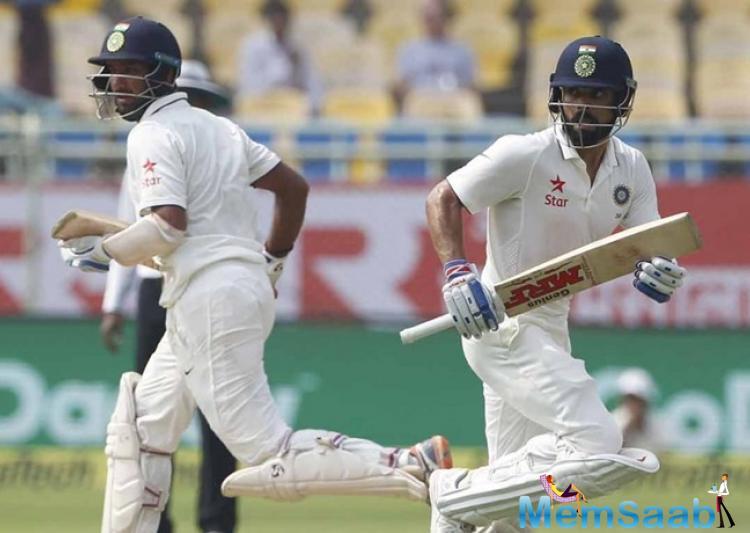 In This Image: Virat Kohli, Cheteshwar Pujara
“He’s not being spoken about or being in the focus too much, but I think he deserves much more than that. People need to take notice of what he has done this season. He’s been outstanding with the bat and I hope he can continue until the last Test,” he said.

Further skipper also Showering praise on the wicketkeeper batsman Saha, Kohli said he’s willing to do anything for the team. 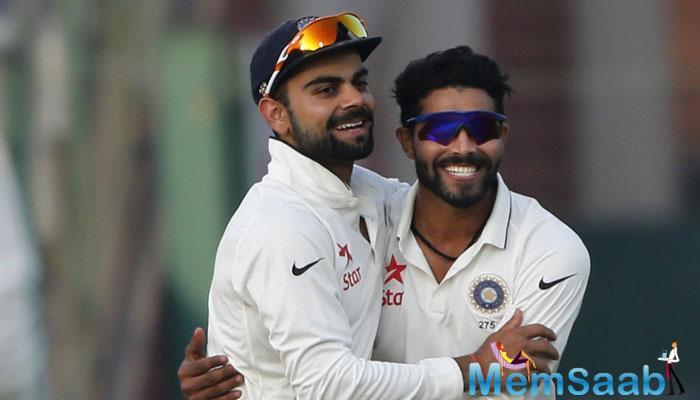 In This Image: Virat Kohli, Ravindra Jadeja
“Saha’s knock was brilliant for us. He always stood up for us whenever the team needed him. This game was no different. His partnership with Pujara was the reason why we could have a go at winning the Test. A lot of credit goes to him also,” he said.

“Again not being mentioned too much, but he deserves a lot of credit. He is one guy who is willing to do anything for the team wherever we asked him to bat he bats. 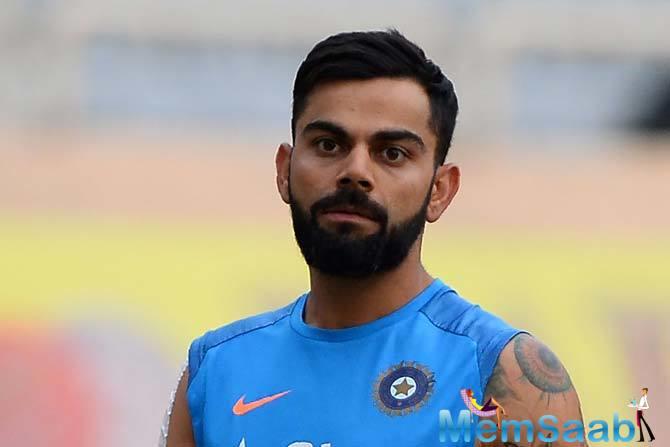 In This Image: Virat Kohli
He has no problems in batting, after or before Ashwin. You really feel glad for a guy like him. I’m really happy that he performed in a big pressure match in a difficult situation.”

India had another star performer in Ravindra Jadeja who returned with nine wickets and also contributed with the bat with an unbeaten 54. 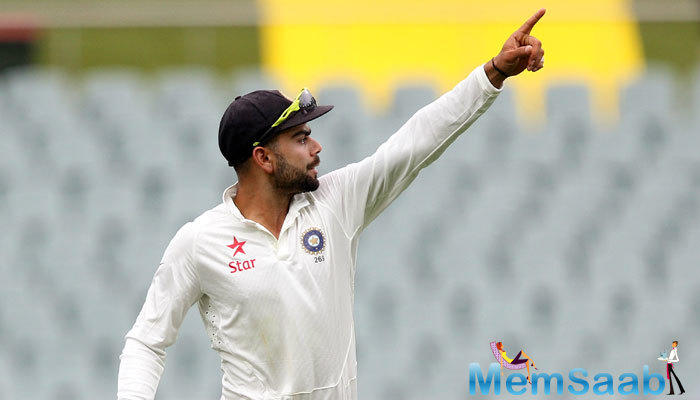 In This Image: Virat Kohli
“Jadeja was outstanding, his economy on this wicket is impressive. He proved why he is joint number one bowler. Whenever Jadeja came to bowl, he picked up a wicket or two every three-four overs.

He was hitting the roughs consistently. It was always attacking the batsmen. 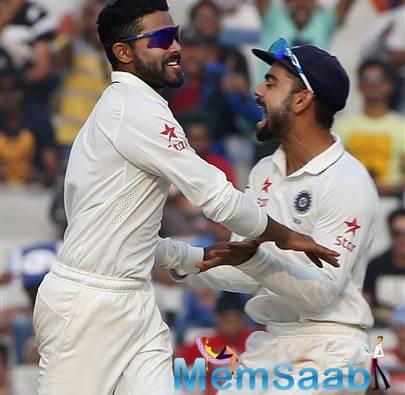 In This Image: Virat Kohli, Ravindra Jadeja
Ashwin and Jadeja have both bowled more than 4000 deliveries in Test cricket this season, a number that took Kohli completely by surprise. But the captain insisted that he won’t mind pushing his best bowlers to win games.