Hardik, KL Rahul to be banned for two matches each...

Indian cricketers Hardik Pandya and KL Rahul could be handed a two-match ban each by the Board of control for Cricket in India (BCCI) following their controversial remarks on talk show Koffee With Karan. 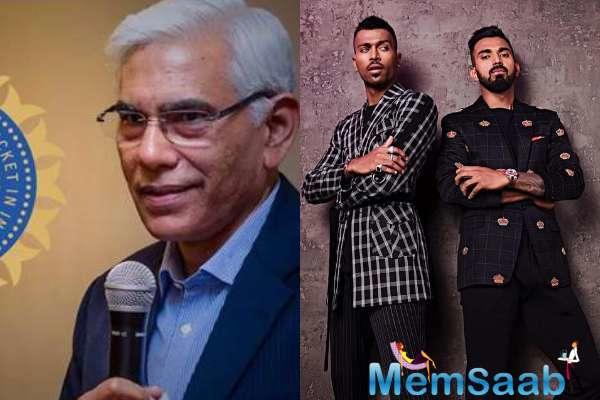 In This Image: Hardik Pandya, KL Rahul
There was a huge outrage on social media ever since the two cricketers appeared on the popular talk show recently.

In a letter to BCCI CEO Rahul Johri and CoA member Diana Edulji, CoA chief Vinod Rai asked the Indian board to ban both players for two matches each. 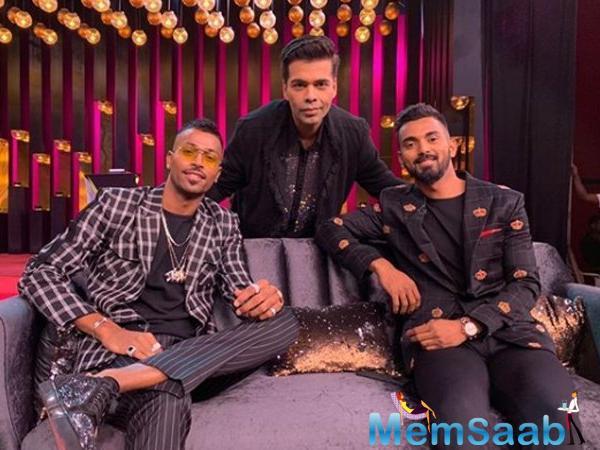 In This Image: Hardik Pandya, KL Rahul, Karan Johar
“Apology has obviously been drafted by the agency. Doesn’t appear sincere. I am inclined to suggest a penalty but since I have not seen the clip, maybe Diana would like to suggest some penalty. There should be a penalty? What do you feel? Could be different for both players depending on what they said on the show,” Johri said in his letter.

Suggesting a two-match ban for both players, Rai added, “I have seen the remarks made by these two players on the show in print today. 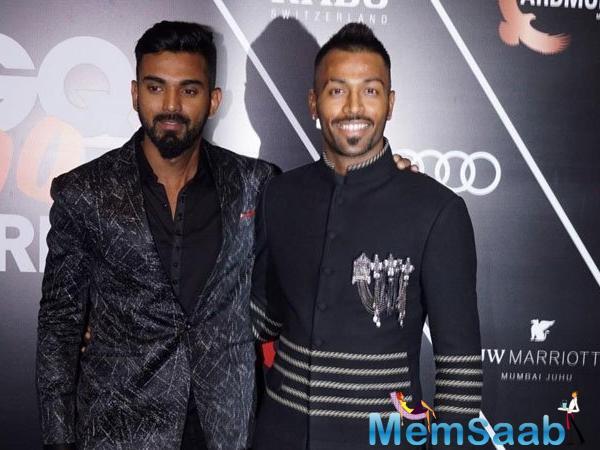 In This Image: Hardik Pandya, KL Rahul
Very crass. No apology can cover it. I had asked Diana to suggest penalty because I had not seen the clip. I think we need to give both of them a two-match suspension. If Diana agrees, Rahul please draft an appropriate instruction and issue today as their explanations have come in. Separately please prepare an advisory to all BCCI contracted players and support staff.”

After receiving huge backlash on social media, Pandya took to Twitter on Wednesday to issue an apology. 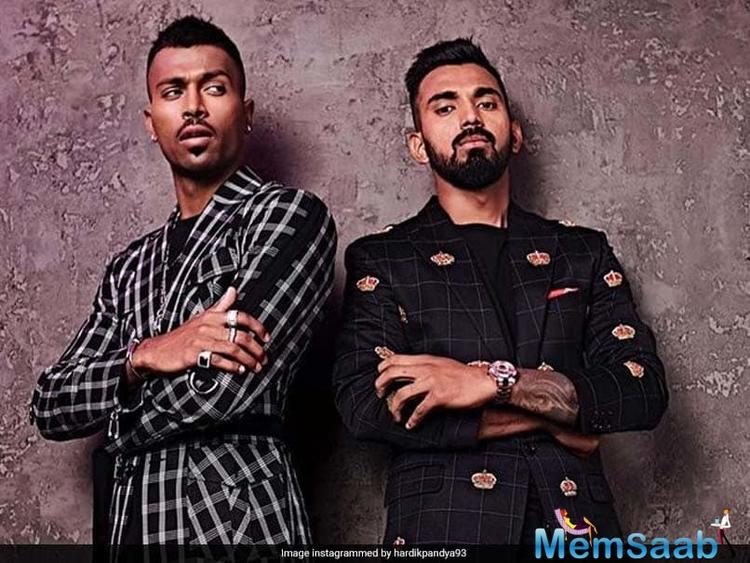 In This Image: Hardik Pandya, KL Rahul
After reflecting on my comments on Koffee with Karan, I would like to apologise to everyone concerned who I may have hurt in any way,” he wrote. “Honestly, I got a bit carried away with the nature of the show. In no way did I mean to disrespect or hurt anyone’s sentiments. Respect.” While Pandya issued an apology, Rahul is yet to react to the controversy.