Varun Dhawan and Sara Ali Khan are all set to come together on screen for the official remake of David Dhawan’s ‘Coolie No 1’.The first look posters of the movie have already raised the anticipation levels amongst the movie buffs.While the film starring Varun and Sara has been the talk of the town ever since, original star Govinda had neither reacted nor commented on the same.The 90s superstar finally broke his silence on the remake of ‘Coolie No 1’ at the 65th Amazon Filmfare Awards 2020.

Govinda extended his best wishes to the team 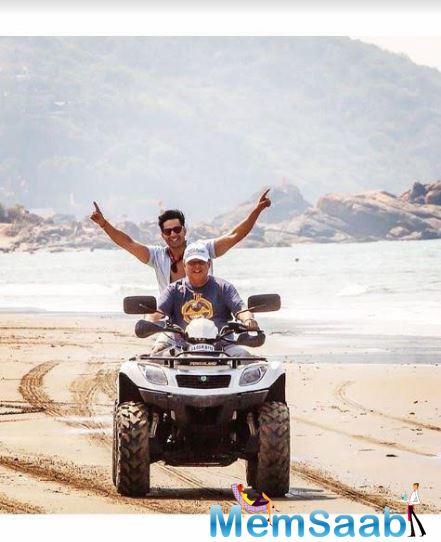 In This Image: Varun Dhawan, David Dhawan
Govinda extended his best wishes to the team for the remake of his iconic film.He stated that he is often told that some or the other actor who either looks, expresses or dances like him and it is flattering.Varun Dhawansaid that he is one of the biggest fans of Govinda and that is one of the reasons he wanted to star in the remake of ‘Coolie No 1’. 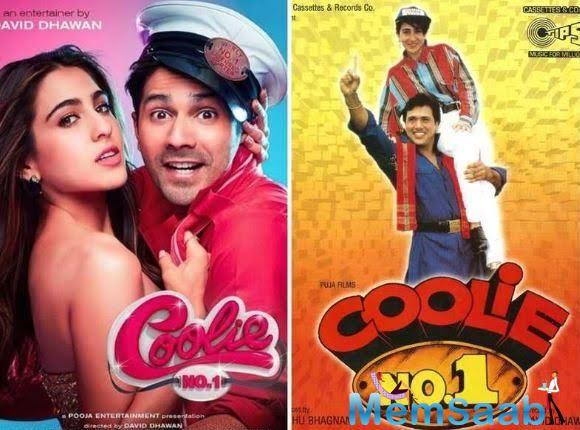 In This Image: Varun Dhawan, Govinda, Sara Ali Khan, Karisma Kapoor
According to a latest report in Mumbai Mirror, Sara and Varun are now headed to Goa to shoot a romantic number for ‘Coolie No 1’. The report stated that the locations of the beaches and churches in Goa are perfect for the romantic number that is an original composed by TanishkBagchi.The reports also stated that senior Dhawan, who is directing the film, mentioned that Sara and Varun’s growing bond was captured in the earlier shot song ‘Main TohRaste Se JaaRahaTha’ and he had changed the picturisation of it as the times have changed.Coolie No 1 is slated to hit the screens on May 1, 2020.