Giorgia Andriani: Was quite nervous working with Arbaaz Khan, But...

Giorgia Andriani: Was quite nervous working with Arbaaz Khan, But the Process turned out to Be Really Amazing

Many expected Giorgia Andriani to make her acting debut with her beau and actor-producer Arbaaz Khan’s upcoming film Dabangg 3, but it didn’t happen. 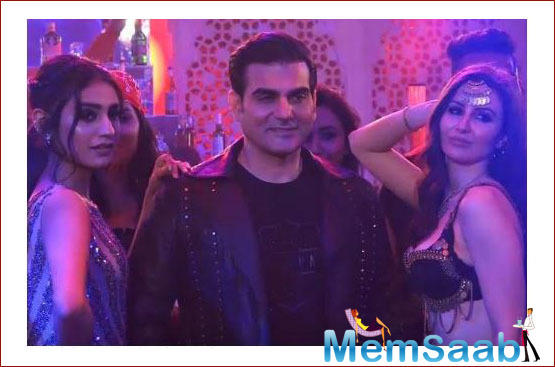 The makers are coming up with an item number starring Giorgia, Priya, and Arbaaz Khan. The song was shot recently. Giorgia looked ravishing in an Arabian attire for her dance number. 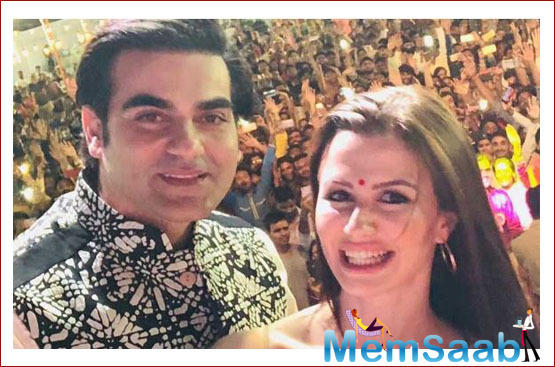 In This Image: Giorgia Andriani, Arbaaz Khan
Giorgia revealed that it was her first Bollywood number. Expressing her thoughts, she said, “I have been trained in Carnatic dance form previously, never attempted Bollywood; this is my first time. It was a great experience while dancing. I am an extremely conscious dancer, I did take a couple of days to learn Kathak and different dance disciplines for the performance. I was quite nervous working with Arbaaz, but the process has turned out really amazing. I am sure you all are going to love it.”

She appeared in Regional Zee5 Original; “Karoline Kamakshi” as an Indo-French Agent. She is soon to be setting foot in Bollywood with her debut in Welcome to Bajrangpur opposite Shreyas Talpade. 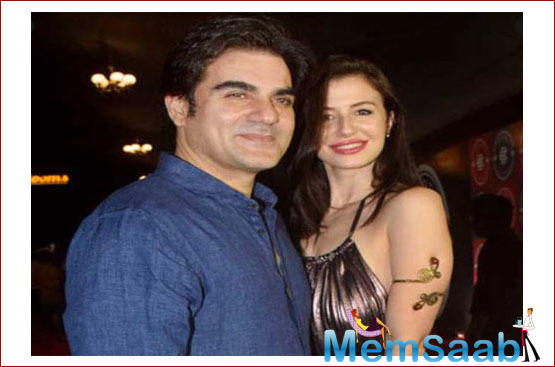 In This Image: Giorgia Andriani, Arbaaz Khan
The film is set to be plotted around the lines of an NRI woman visiting a village and her journey to adopting the village. The film is made under the banner of Mad Films Entertainment and Anjum Rizvi Film Co. (ARFC). Since the announcement of her debut in Bollywood, Giorgia has been acing her Hindi Game. It shall be a treat to have her voicing her dialogues in the film and not dubbed. She is an avid street junkie but also endeavors in fitness. Her Instagram stories could be a guide to a healthy lifestyle.