The first look poster of Sanjay Dutt as Ahmad Shah...

The first look poster of Sanjay Dutt as Ahmad Shah Abdali in Panipat, check it out!

Everyone is looking forward to seeing Arjun Kapoor and Sanjay Dutt face off in the historical drama Panipat. 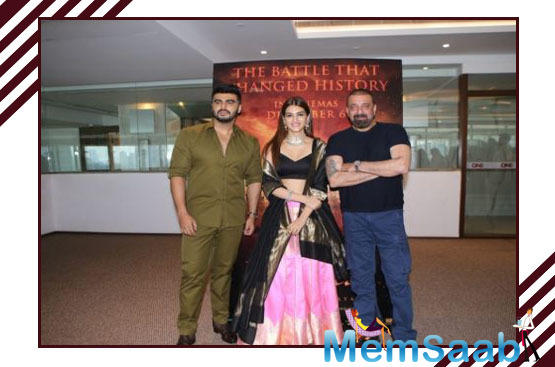 In This Image: Arjun Kapoor, Sanjay Dutt, Kriti Sanon
Also starring Kriti Sanon, Panipat is directed by ace filmmaker Ashutosh Gowariker. Today, the makers of the film have dropped the first look poster of Sanjay Dutt as Ahmad Shah Abdali, and he sure looks intense!

Sanjay Dutt took to Twitter to share his first look from the film. He wrote, “Ahmad Shah Abdali – Death strikes where his shadow falls. Panipat trailer out tomorrow. #PanipatLook” 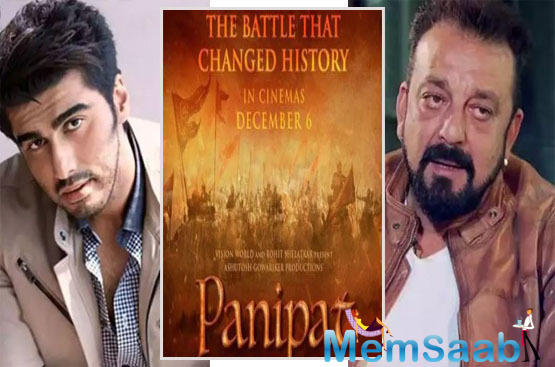 In This Image: Arjun Kapoor, Sanjay Dutt
Dutt also took the opportunity to inform fans that the Panipat trailer will be dropping tomorrow, November 5! Wow, he sure looks amazing in the poster, doesn’t he? Let’s wait and watch if the makers will release any more posters today!

Panipat is based on the third Battle of Panipat. In the film, Arjun Kapoor plays Sadashivrao Bhau, who served as the commander-in-chief of the Maratha army. 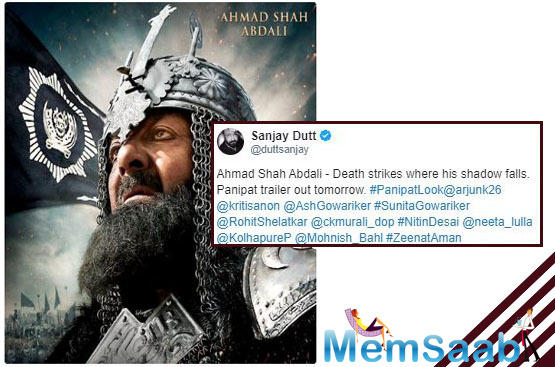 In This Image: Sanjay Dutt
Sanjay Dutt plays the founder of the Durrani empire, Ahmad Shah Abdali. The film is produced by Sunita Gowariker and is scheduled to hit theatres on December 6, 2019.