Find out: What Kareena has to say about the dating...

Find out: What Kareena has to say about the dating rumours of Sara Ali Khan and Kartik Aaryan?

Kareena Kapoor Khan shares a cordial relationship with her step-daughter Sara Ali Khan. They are often seen spending quality time with each other on several family occasions.

Recently, Kareena opened up about the dating rumours of Sara Ali Khan and Kartik Aaryan that have been doing the rounds for a long time now. 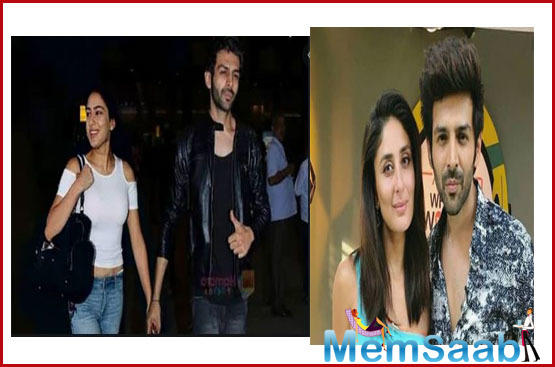 In This Image: Sara Ali Khan, Kareena Kapoor Khan, Kartik Aaryan
Speaking about the same, Kareena reportedly said that she knows nothing about it as neither Sara nor Kartik has told her anything about it. She also added that when on her chat show she had asked Kartik if he is dating anybody, the actor had replied saying that he is currently dating his work.

Moving on from them, Kareena also spoke about the wedding reports doing the rounds about Varun Dhawan and his girlfriend Natasha Dalal 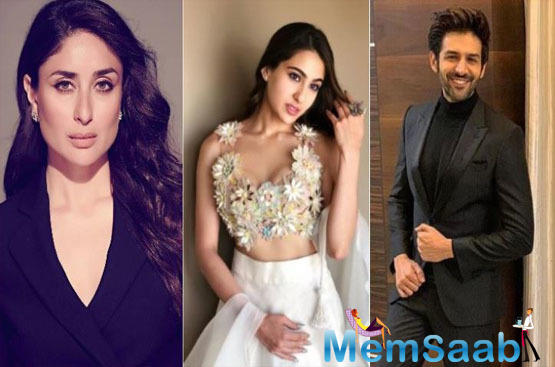 In This Image: Sara Ali Khan, Kareena Kapoor Khan, Kartik Aaryan
Speaking about the same, she reportedly said that she feels they make a cute pair and that she wishes them all the best. Meanwhile, on the work front, Kareena will next be seen in ‘Angrezi Medium’ co-starring Irrfan Khan in the lead role. She is also a part of Karan Johar’s historical drama ‘Takht’ co-starring Ranveer Singh, Vicky Kaushal, Alia Bhatt, Janhvi Kapoor, Bhumi Pednekar and Anil Kapoor.

Sara Ali Khan, on the other hand, will be seen in the official remake of David Dhawan’s ‘Coolie No. 1’ starring Varun Dhawan in the lead role. 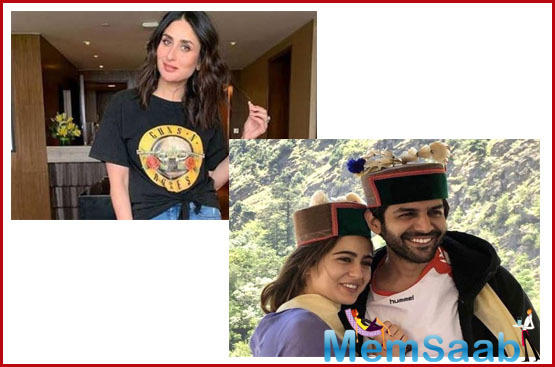