Find Out Salman Khan’s reaction when Arpita said she wanted...

On Monday after launching the trailer of Loveratri in Mumbai, Salman Khan along with debutants Aayush Sharma and Warina Hussain moved to the capital city, Delhi for a grand launch of the trailer.

Salman Khan Films’ is producing brother-in-law Aayush Sharma’s debut film and the Khan family has all come along to support and promote the film. 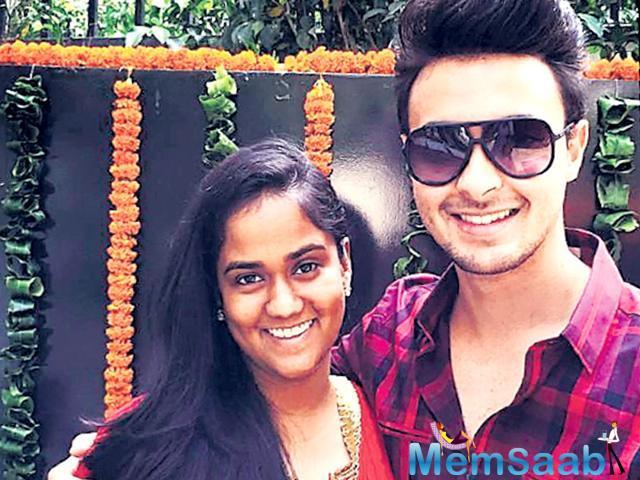 In This Image: Aayush Sharma, Arpita Khan
At the trailer launch, Salman Khan made an interesting revelation about his and brother Arbaaz Khan and Sohail Khan’s reaction upon learning about Aayush Sharma as Arpita Khan’s boyfriend. The star said that they were very hesitant when Arpita introduced Aayush to them but later agreed with her choice. 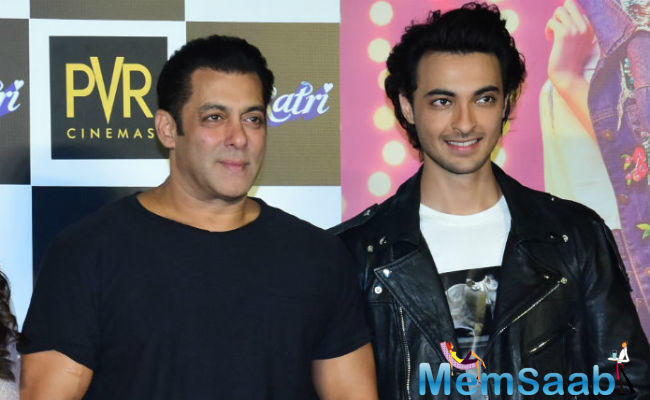 In This Image: Salman Khan, Aayush Sharma
Sharing the story, he said, “We brothers wake up late. And all such proposals came early in the morning. We were (that time) making a film titled My Punjabi Nikah, that’s still under production. So we were looking for a new boy. After a month Sohail said ‘I’ve seen a guy in the gym. He is the ideal casting for My Punjabi Nikah.’ I said that’s great, let’s sign him. But then that guy simply vanished and reappeared after three months. We met that guy (referring to Aayush Sharma) at our home when our sister (Arpita) brought him and said I want to marry him. We agreed, and then Sohail told me, ‘remember I told you about that boy at the gym for that film? He’s the boy!’ I said ‘great, now our film will be made for free.’ So nepotism doesn’t suit him! (laughs)”

Eventually, Arpita Khan married Aayush Sharma in 2014, which was one of the grand events in Bollywood then. 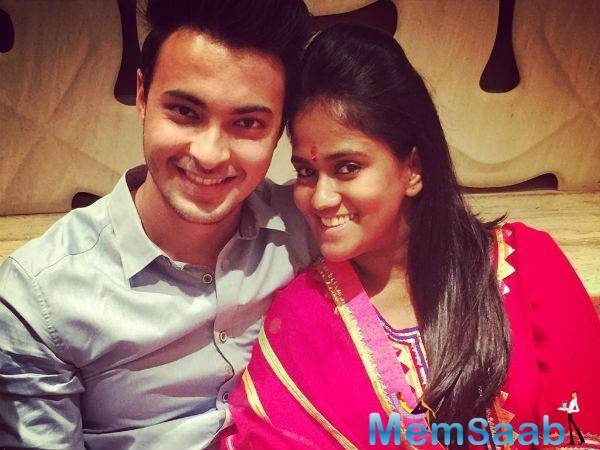 In This Image: Aayush Sharma, Arpita Khan
Talking about Loveratri it is set against the backdrop of Gujarat, the romantic drama unfolds the love story of the leading couple over bonding over Garba. Giving a sneak peek into the colourful festival of Navratri, the posters featured the crackling chemistry of the fresh pair. Proving to be a festive treat, Loveratri captures the essence of Navratri with Garba being the crux of the film. The teaser had earlier set the mood right with the foot-tapping music and colourful backdrop of the festive season.

With Garba being an essential factor in the story, both Aayush and Warina took extensive lessons to learn the dance form. 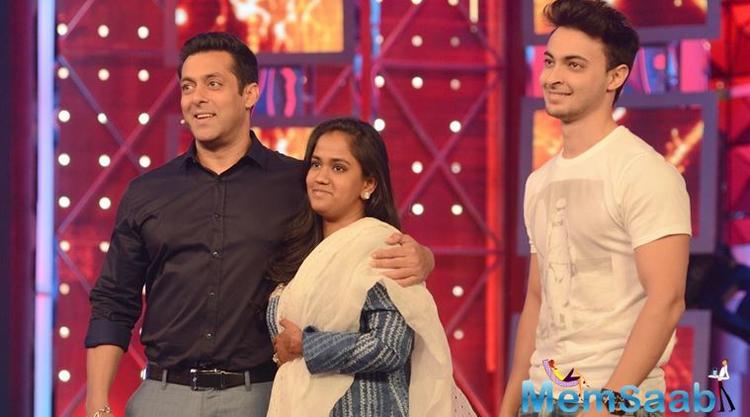 In This Image: Salman Khan, Aayush Sharma, Arpita Khan
The leading pair Aayush and Warina have been piquing the interest of the audience with videos and pictures from the Garba training. Written by Niren Bhatt, Loveratri is directed by Abhiraj Minawala who will also be making his directorial debut with the film. The romantic drama will mark the next venture of Salman Khan Films, and will hit the big screens on October 5, 2018.