Find here why, Renuka Shahane stayed away from Hindi cinema...

Find here why, Renuka Shahane stayed away from Hindi cinema for so long

Find here why, Renuka Shahane stayed away from Hindi cinema for so long

Renuka Shahane who will soon be seen in film 3 Storeys that is releasing in March, says now that her children are growing up, she will be seen in more film.

In This Image: Renuka Shahane
During the trailer launch of the film, Renuka, asked what kept her away from Hindi cinema for so long, said, “Well, my children are small, and they need me. My son is in 10th standard and once they start going college I will find time for myself. Then I will hopefully work more in cinema.”

Renuka, who was last seen in “Dil Ne Jise Apna Kahaa” in 2004, said that the script of “3 Storeys” was so brilliant that she has more than happy to be a part of it.

In This Image: Renuka Shahane
“I was so stunned when I was offered the film because the story and the character are so different and exciting for any actor. Then to sink your teeth into a character which is not in your forte is a reason for any actor to explore it. That apart, in the film, we have so many wonderful co-actors, the story has a mystery and intrigue value… so after 14 years, I am doing a Hindi film and this is the perfect one,” she said. 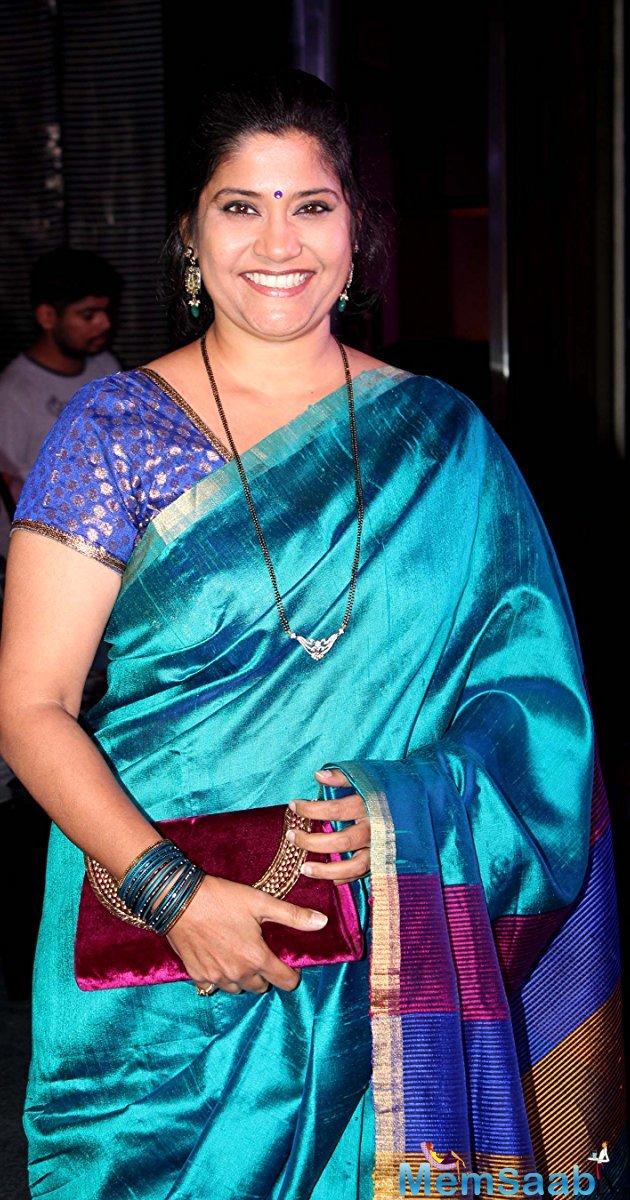 In This Image: Renuka Shahane
Asked about the reunite, she said: “Yes after 23 years, I worked with Madhuri in a Marathi film and it is a dream to work with her.” Quite active on social media and never fearing to express her opinion, Renuka faced trolling many times

Asked about how she handles it, she said: “Earlier I used to pay attention to trolls and talk to people who are trolling. I used to think that I should converse with them to change their thoughts.

In This Image: Renuka Shahane
Back then I had no idea that there are manufactured trolls and people are paid money to troll. Now, mostly I avoid trolls and block them!” Produced by Farhan Akhtar and Ritesh Sidwani and directed by Arjun Mukherjee, “3 Storeys”, also featuring Richa Chadha, Pulkit Samrat, and Sharman Joshi, is slated to release on March 9.