Find here: What Sonam has to say on Kangana Ranaut’s...

Find here: What Sonam has to say on Kangana Ranaut’s nepotism comment

Recently, Kangana Ranaut made comments on nepotism in the film industry on Karan Johar’s famous talk show Koffee with Karan.

The industry has been talking about it and why not? Her comments always catch attention and put the spotlight on her. 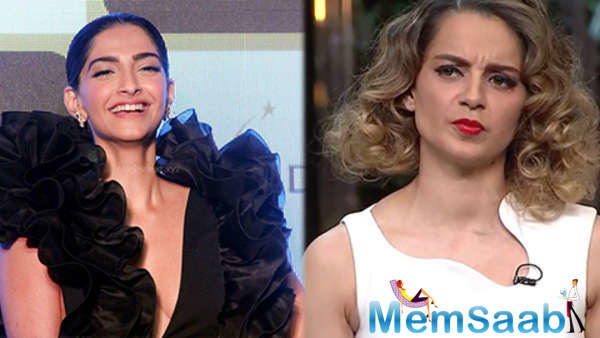 In This Image: Kangana Ranaut, Sonam Kapoor
The director and the actress are at loggerheads ever since Kangana called him the “flag bearer of nepotism” in Bollywood, and Karan replied saying he was done with “Kangana plays the victim card.”

While this has been the talk of the B-town for quite some time now, few Bollywood star kids like Alia Bhatt and Sonam Kapoor have come out and expressed their opinion on the same. 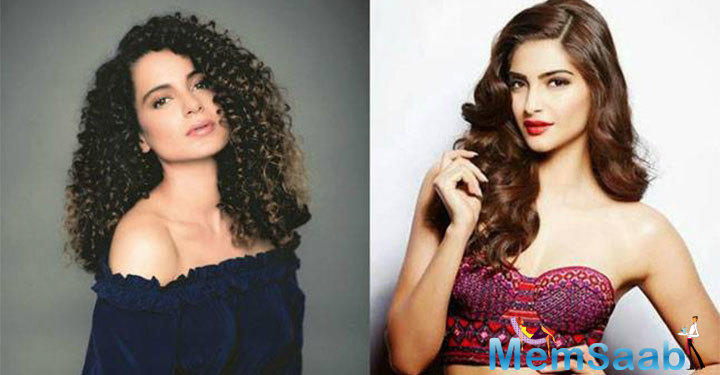 In This Image: Kangana Ranaut, Sonam Kapoor
In a recent event, when Sonam was asked to comment on Kangana’s remarks on nepotism, which she made on ‘Koffee with Karan’, the actress said she was not aware of Kangana’s statements as she was travelling.

She further said that Kangana keeps saying a lot of stuff and is very entertaining, and she looks forward to her interviews. 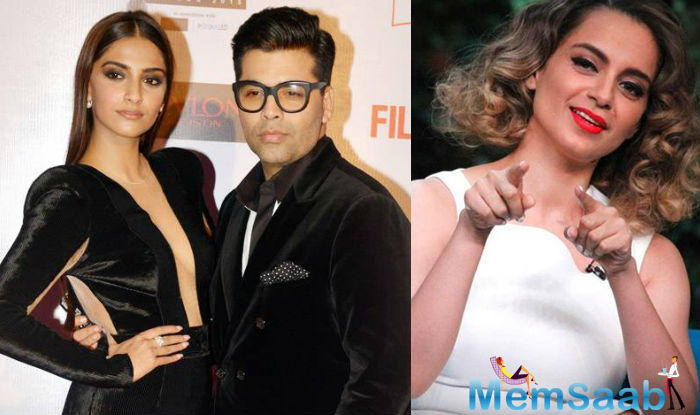 In This Image: Kangana Ranaut, Karan Johar, Sonam Kapoor
She further added, “I wish. I have done only one film with Karan Johar.” Also earlier Alia Bhatt was asked about Kangana’s nepotism remark, she said, ” I don’t want to take any names, but there have been many examples of sons and daughters of lineage who have come and gone without achieving anything. What about that?

Eventually, people come to see you as an actor and not because your family is famous, and you can’t fool them. 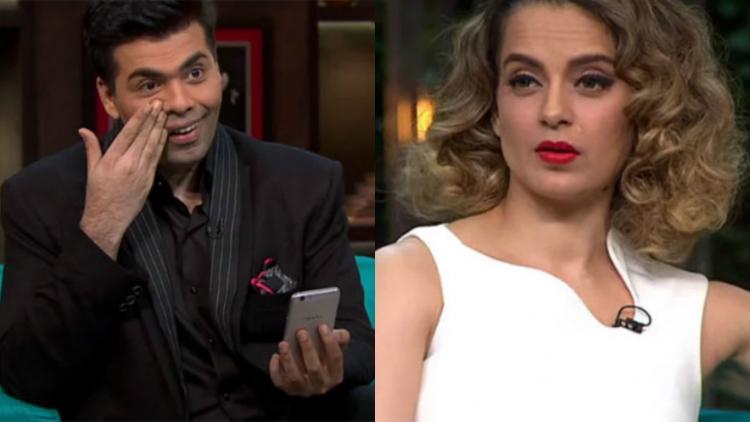 In This Image: Kangana Ranaut, Karan Johar
I am aware people do struggle to make a mark in the industry, but it’s not right to blame nepotism. I didn’t plan my birth in the Bhatt family. I can’t change that and today, I am successful not just because my family is famous, but also because I have worked hard and you can’t take it away from me.” Alia added.