Find here: The interesting fact about Arjun-Shraddha starrer ‘Half Girlfriend’

Find here: The interesting fact about Arjun-Shraddha starrer ‘Half Girlfriend’

The film is based on Chetan Bhagat’s novel Half Girlfriend and both its protagonists — Madhav(Arjun) and Riya (Shraddha) — love playing basketball. Keeping this in view, Shraddha and Arjun have got some strenuous training from professional basketball players in the US.

After ‘Hamari Adhuri Kahani’, Mohit Suri is soon to be back with ‘Half Girlfriend’, a romantic drama based on Chetan Bhagat’s popular novel of the same name. 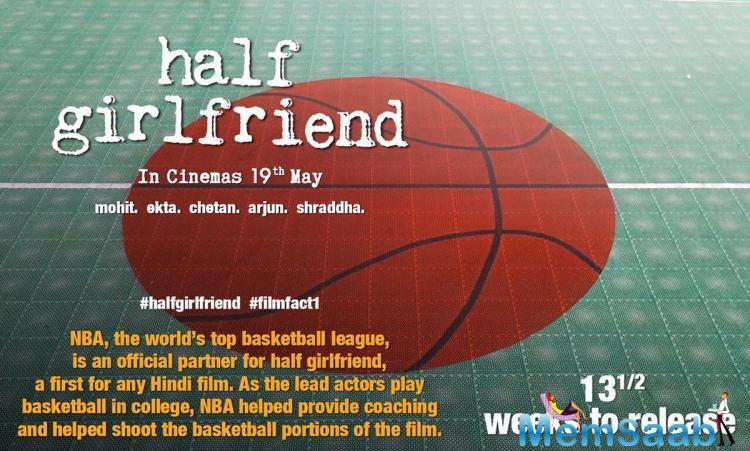 In This Image:
The film features Arjun Kapoor and Shraddha Kapoor as Lead actors, they will be seen as basketball players in the film, and the duo sweated out quite a lot to learn about basketball.

The makers of the film have released a teaser poster, and it reveals a very interesting fact about the film. 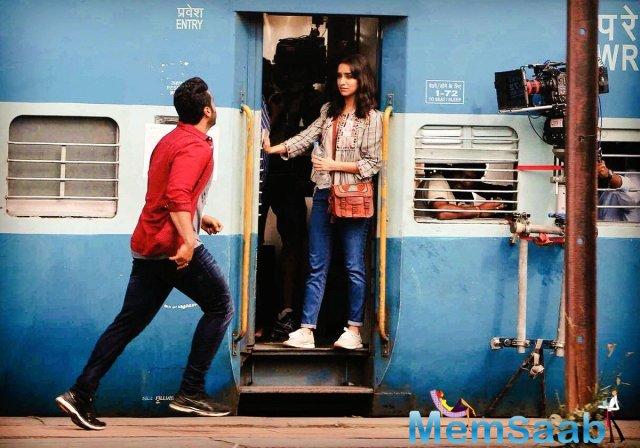 In This Image: Arjun Kapoor, Shraddha Kapoor
‘Half Girlfriend’ will be the first ever Hindi film to collaborate with NBA or National Basketball Association.

For those uninitiated, NBA is the world’s largest Basketball League. Sounds cool, right? 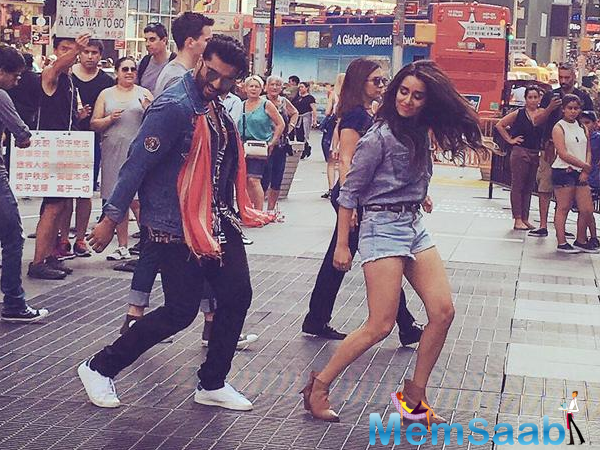 In This Image: Arjun Kapoor, Shraddha Kapoor
The promotions of the movie have kick-started on Twitter, with Arjun and Shraddha are sharing the factoid about the film.

We earlier reported how Arjun and Shraddha practiced basketball and spent hours in the field to take it correctly. 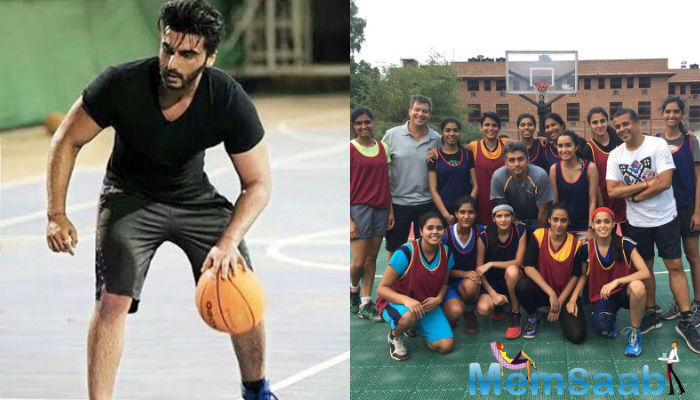 In This Image: Arjun Kapoor, Shraddha Kapoor, Mohit Suri
Arjun also had to miss quite a bunch of weight, leaving his ‘Ki and Ka’ look behind. ‘Half Girlfrind’ releases on 19th May.