Recently, we revealed the news that Deepika rejected from Iranian filmmaker Majid Majidi’s next. There was a report that, Ishaan will debut in Iranian Filmmaker – Majidi’s next project. 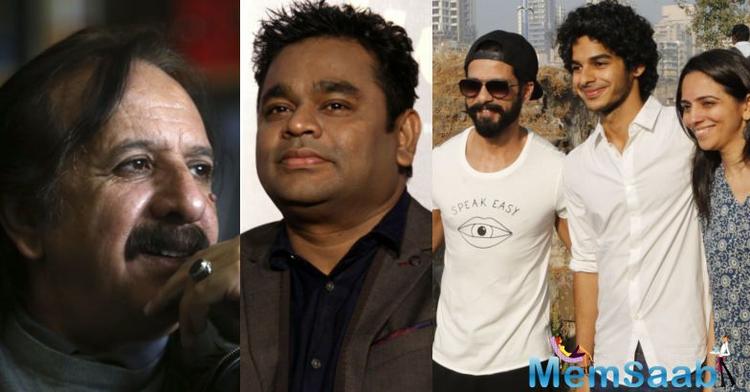 In This Image: A. R. Rahman, Shahid Kapoor, Ishaan Khatter
After a lot speculation everyone is eagerly awaiting a glimpse of how it’s shaping up. Well, the wait is over! The makers are all set to reveal the first look poster of the film at the prestigious Berlin Film Festival today.

Ishaan has been finalised for a crucial role in the film, called Beyond the Clouds. 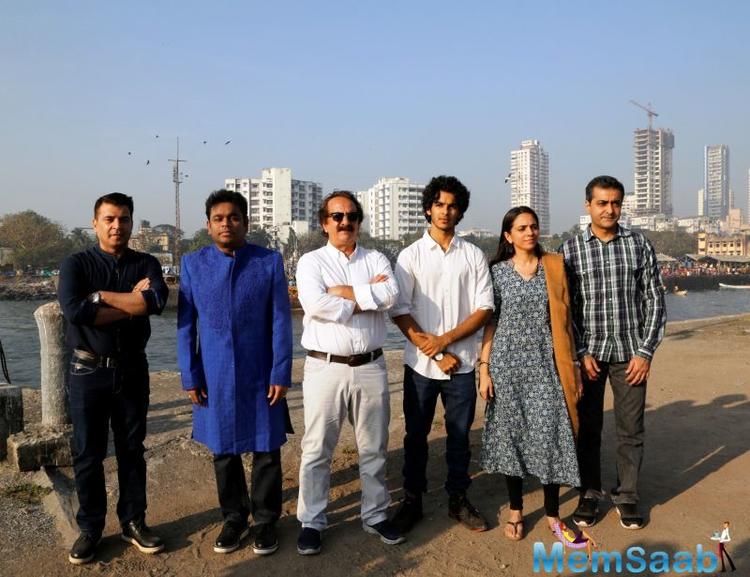 In This Image: Ishaan Khatter, A. R. Rahman
He will begin shooting for the movie today in South Mumbai. The film will explore a brother-sister relationship, Ishaan will play the brother’s role. “He is a superb actor, was amazing in his look test and suits the character Mr Majidi was looking for.Ishaan will play someone deeply connected to the ground and to the city,“ stated the producer of this film, while speaking with the leading tabloid.

The film will be shot across Mumbai and Jaipur.

In This Image: Ishaan Khatter
The genius filmmaker who is known for films like the The Song of Sparrows, Children had reportedly met up with the casting director – Honey Trehan last August and had assigned him the task of looking for at atleast 8-10 actors across India, who could play main characters

Apparently, Deepika Padukone had done a look test for the female lead role, since pictures of her in a de-glam avatar along with the director got leaked online last year. 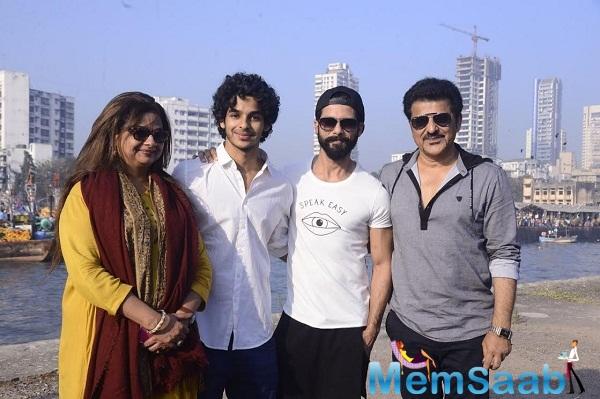 In This Image: Shahid Kapoor, Ishaan Khatter
But there have been no confirmations until now. So will Deepika hop on board to probably play the sister to Ishaan? We can’t wait to find out! Meanwhile, she’s doing Padmavati with his brother Shahid, who will play her husband in this film. The project also stars Ranveer Singh and Aditi Rao Hydari.

While Ishaan might be debuting with Beyond the Clouds, Reportedly, will he still be part of the Hindi remake of Sairat opposite Jhanvi Kapoor? 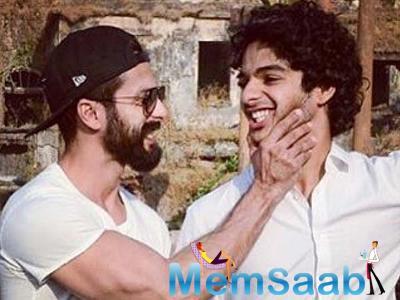 In This Image: Shahid Kapoor, Ishaan Khatter
But nothing is officially confirmed, Hopefully we will know the answer to that soon. Talking about showcasing the first poster of Beyond The Clouds at the prestigious Berlin Film Festival, producers Akash Chawla of Zee Studios and Shareen Mantri Kedia of Eyecandy films said, “This poster is Mr. Majidi’s vision for the film and his special showcase of India seen from his lens and sets the tone of the project, that the viewers can look forward to. We are excited about unveiling the first look of our film at Berlin Film Festival and hope that everyone there shares and partakes in our enthusiasm with their positive response.”