Farah Khan on Sushant Singh Rajput’s demise: Your mother is...

Farah Khan on Sushant Singh Rajput’s demise: Your mother is hugging you and keeping you safe

Filmmaker Farah Khan Kunder on Monday expressed disbelief over the death of actor Sushant Singh Rajput. The 55-year-old star put out a post on Instagram featuring herself with Rajput. In the pictures, the late star is seen grinning ear to ear.

“Can’t still believe… but I know somewhere your mother is hugging you n keeping you safe. Be at peace my dearest #sushantsinghrajput,” Farah Khan wrote in the post. 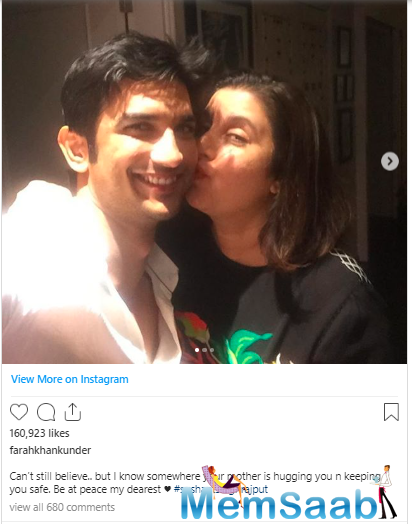 The untimely death of the versatile actor has sent shock waves among celebrities and his fans alike. 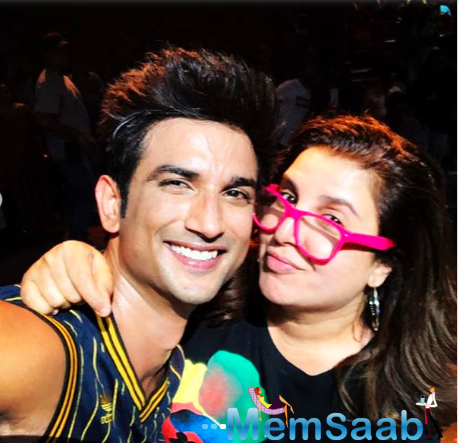 In This Image: Sushant Singh Rajput, Farah Khan
Earlier actors including Anupam Kher, Deepika Padukone, Alia Bhatt and others expressed grief over the demise of the versatile actor.