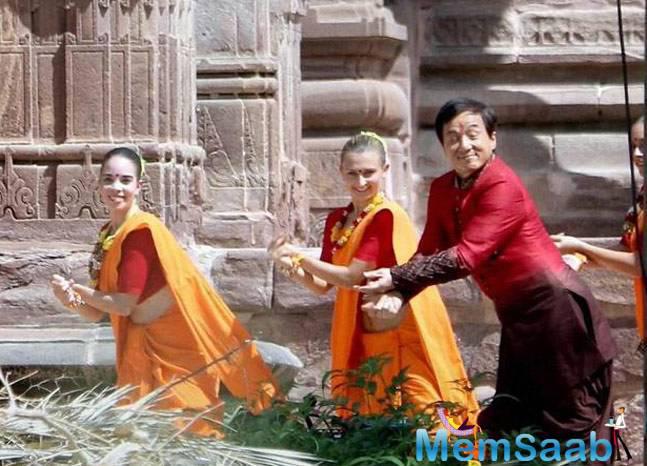 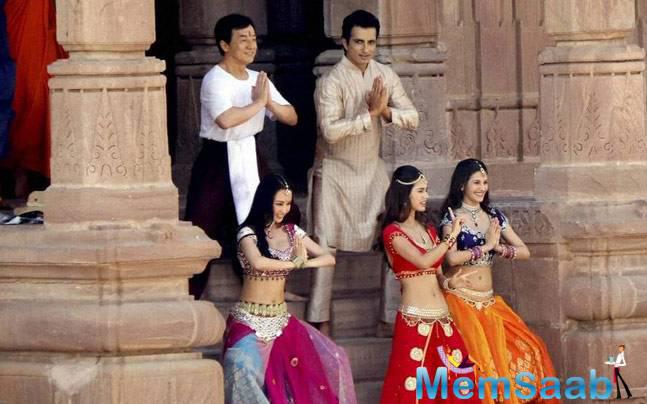 In This Image: Jackie Chan, Amyra Dastur, Sonu Sood
And they seemed to have had a great time as well. Amyra was at her ethnic best in a purple and yellow lehenga choli. Sonu Sood looked handsome in a blue Nehru Jacket worn with a cream kurta but it was Mr Chan who was the star of the show in a traditional red kurta, the red Tilak accentuating his Indian look.

Kung Fu Yoga is an upcoming multi-lingual action-adventure film to be directed by Stanley Tong. Which also stars Sonu Sood. 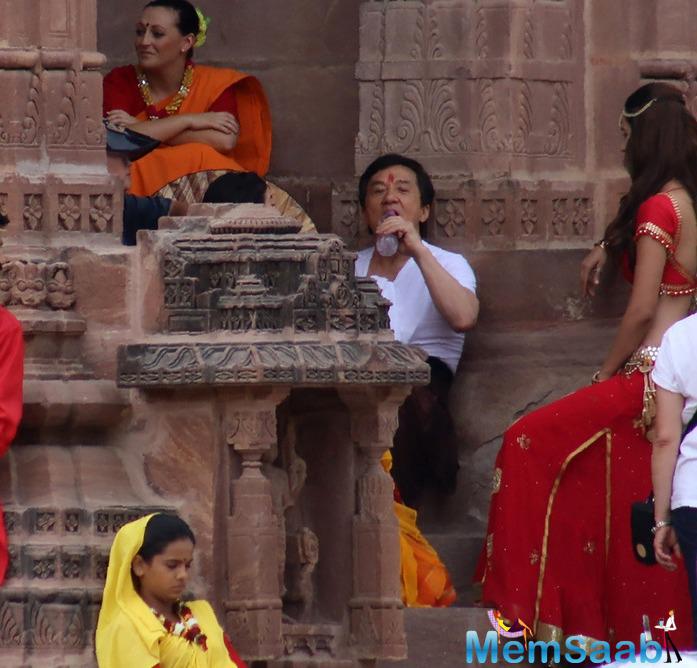 In This Image: Jackie Chan
‘It was fantastic. He is 60-year-old but behaved like a newcomer on the sets. He was there at 6.30 am. We are not used to people reporting on time. He threw a lavish party for us last night and I am looking forward to the schedule in Beijing’, said Farah.

The Three Musketeers: Farah, Jackie Chan and Sonu Sood posed for a picture together, this image was posted by Farah on her Instagram 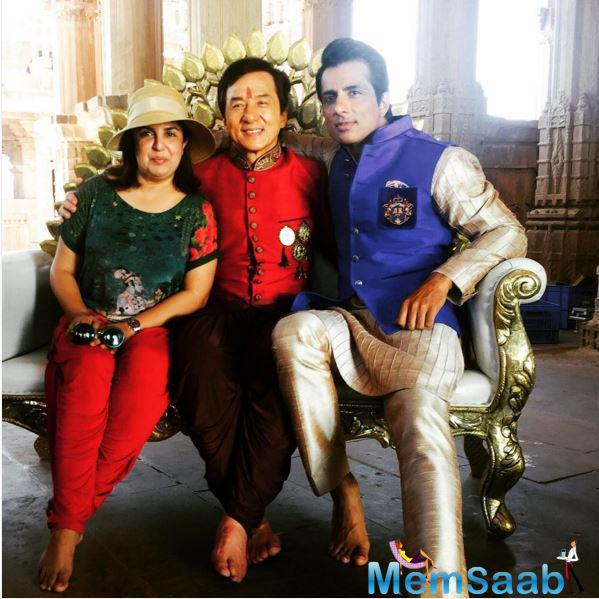 In This Image: Farah Khan, Sonu Sood, Jackie Chan
This wasn’t Farah’s first time with an international artiste. But for Jackie Chan and his Police Story 3: Super Cop director Stanley Tong, it was their first Bollywood style song

Farah posed for a picture outside an ancient monument in Jodhpur 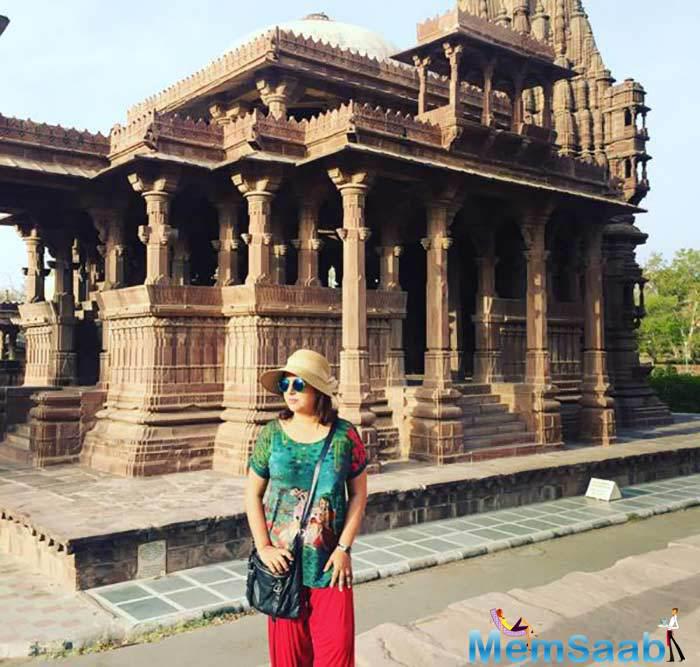 In This Image: Farah Khan
Farah alleged Tong is also a wonderful guy. His brief was that they required a huge, happy Bollywood number. I asked them about the lyrics, but he stated, ‘Don’t worry about the lyrics. Just make sure you can dance in them’. 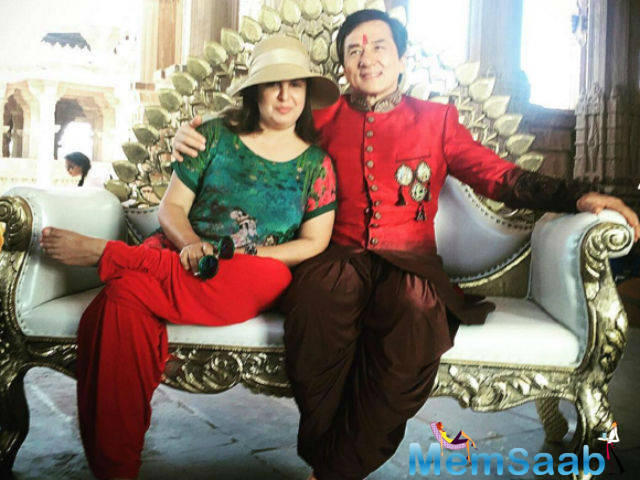 In This Image: Farah Khan, Jackie Chan
The lyrics wouldn’t matter because they are in Chinese. The remainder of the agenda is to be filmed in Beijing, where a lavish set awaits Farah and her squad. Farah is known for her quirky sense of humor as far as her films survive. Jackie Chan, on the other hand, is also a pioneer of sorts when it comes to Kung Fu and comedy.

Yes, we have that in common. We both love a good laugh. Let’s see. Maybe, he will say yes to a cameo in one of my films. Or at least, choreograph one of the film’s action sequences’, Farah signed off. 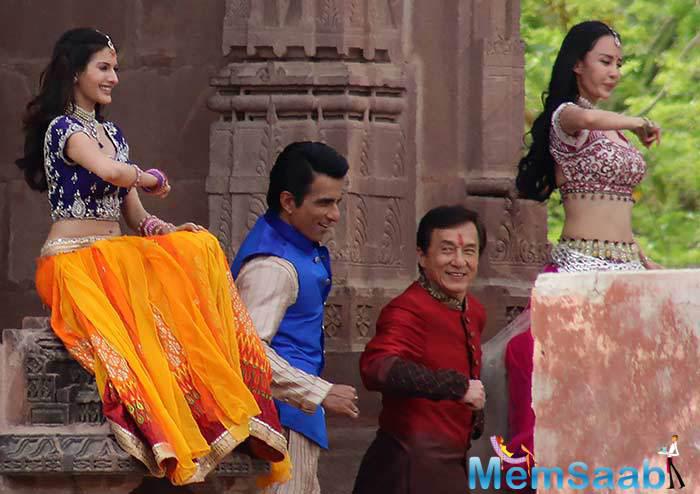 In This Image: Jackie Chan
Yes, we have that in common. We both love a good laugh. Let’s see. Maybe, he will say yes to a cameo in one of my films. Or at least, choreograph one of the film’s action sequences’, Farah signed off.