Elli AvrRam did a lot of self-introspection during the lockdown

Elli AvrRam did a lot of self-introspection during the lockdown

Last seen on the big screen in Mohit Suri’s ‘Malang’, which also starred Aditya Roy Kapur and Disha Patani, Elli AvrRam is waiting to resume work again. The actress, who has been regularly sharing updates on her Instagram handle over the last several months, recently posted a throwback video of herself throwing some impressive punches. She captioned it, ‘Major missing these days. #action #fighter #ElliAvrRam #yourstruly #kickass #girl #power.’

Elli’s posts often have inspirational messages and give her followers a peek into what she is thinking. 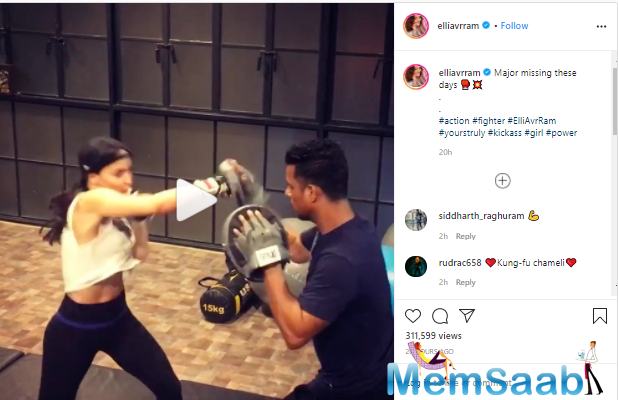 In This Image: Elli AvrRam
Previously, the actress had said that she likes to stay connected to her fans via social media, and often interacts with them. In an earlier interview, Elli had also spoken about her journey in Bollywood, and admitted that it had not been an easy one. The actress said that apart from being looked at differently because she was a foreigner, to finding it tough to get a house on rent, she had a hard time during the beginning of her career.

When asked how she spent time during the lockdown, Elli said that she would keep herself busy by pursuing various hobbies like dancing, painting, cooking and writing. 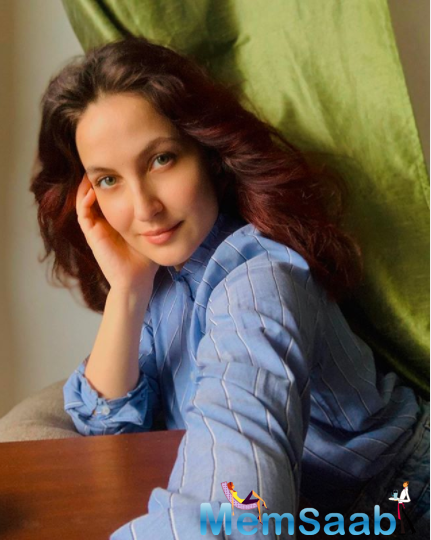 In This Image: Elli AvrRam
She said that it was also a time for self-introspection. Elli added that the lockdown had also given her the time to reconnect with old friends and spend time with her pet cat.