Disha Patani, who had earlier teased about something special by sharing a photo of herself with Aditya Roy Kapoor in diving suits, shot for an extended underwater date sequence for Malang. 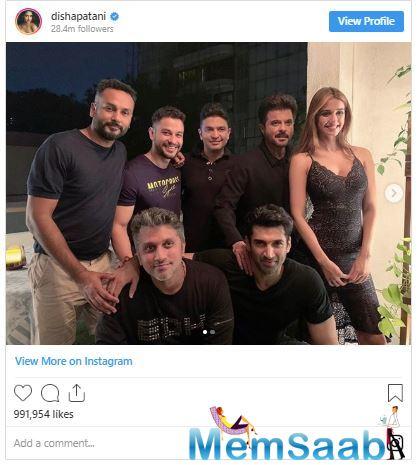 In This Image: Disha Patani, Aditya Roy Kapur, Anil Kapoor
For the unversed, earlier this year, the actors were prepping for an underwater kissing scene for the movie. As per Mumbai Mirror’s report, the director of the film Mohit Suri had asked the actors to prep for the underwater sequence. The scene required both the actors underwater for around a minute and for the same, they underwent training to strengthen lung capacity

They had shot the scene during the Goa schedule. The scene was difficult to shoot as Aditya and Disha had to sync their breathing patterns. 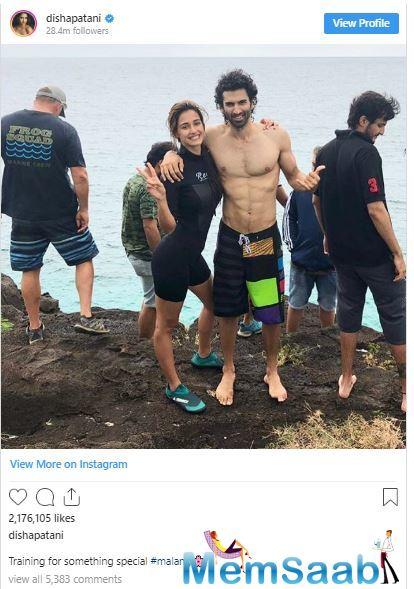 In This Image: Disha Patani, Aditya Roy Kapur
Speaking of the film, the makers had released the first looks of the characters. Aside from Disha and Aditya, the movie also stars Kunal Kemmu and Anil Kapoor in key roles. Produced by Luv Ranjan, Ankur Garg, Bhushan Kumar, Krishan Kumar and Jay Shewakraman, the film also marks Suri’s second collab with Kapur after 2013′ Aashiqui 2 and Kemmu after 2005’s Kalyug. The cast and the crew wrapped up the film on 7 October 2019 and is all set to release on 7 February 2020.