Did you know why late Sridevi named her daughter Janhvi?

Did you know why late Sridevi named her daughter Janhvi?

Sridevi and Boney Kapoor welcomed their first born, daughter Janhvi Kapoor in March 1997. And there is an interesting trivia behind Janhvi’s name.

Reportedly, Sridevi decided to name her daughter Janhvi, after her favourite character from the 1997 release ‘’Judaai’. 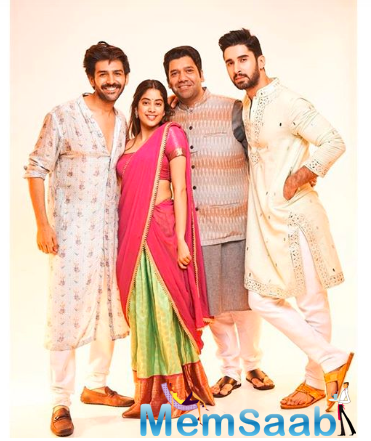 In This Image: Janhvi Kapoor, Kartik Aaryan
The film was produced by Boney Kapoor and Sridevi was inspired to name her daughter after Urmila Matondkar’s character in the film.

Karan Johar introduced Janhvi Kapoor in Bollywood with his production venture ‘Dhadak’, which featured Ishaan Khatter as the lead. 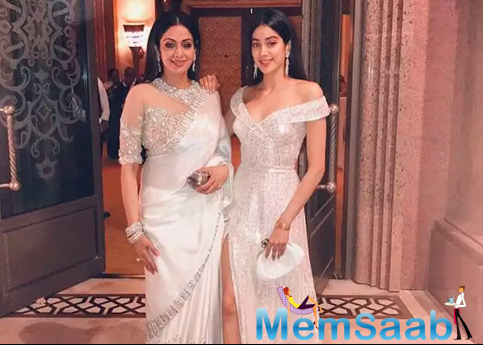 In This Image: Janhvi Kapoor, Sridevi
The 2018 release was a remake of hit Marathi film ‘Sairat’ and earned a nett gross collection of Rs 72 crore. Janhvi Kapoor has a whole lot of films lined up for release. She will be seen essaying the lead in the biopic ‘Gunjan Saxena: The Kargil Girl’ and also has ‘Dostana 2’ with Kartik Aaryan and Lakshya. Janhvi Kapoor will also be seen in horror comedy ‘RoohiAfzana’ alongside Rajkummar Rao. And she also has a pivotal role to play in Karan Johar’s directorial venture ‘Takht’, co-starring Ranveer Singh, Kareena Kapoor Khan, Vicky Kaushal, Alia Bhatt, Anil Kapoor and Bhumi Pednekar.