Karisma Kapoor’s cousin and Bollywood actor Armaan Jain seems to have proposed his girlfriend Anissa Malhotra on Tuesday and has got a big yes as a response. Karisma Kapoor took to her Instagram account to share the happy moment with her fans.

In the picture, we can see Armaan on his knees proposing to Anissa in at a plush hotel. Armaan looks dapper in a black jacket and black pants while Anissa looks beautiful in her black floral dress. 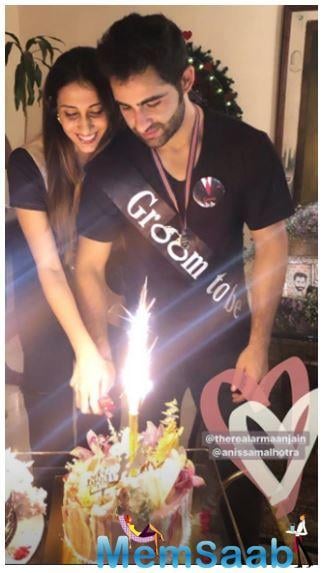 In This Image: Armaan Jain, Armaan Jain
Tagging the couple, Karisma posted the image on her Instagram story and wrote, “Congratulations Armaan Jain and Anissa Malhotra”. She also posted with the couple and wrote, “Only love, loving me and loving you.”

The groom-to-be is all elated to pop the question and tie the knot with the love of his life. Karisma Kapoor shared another post which shows happiness and love between the duo. 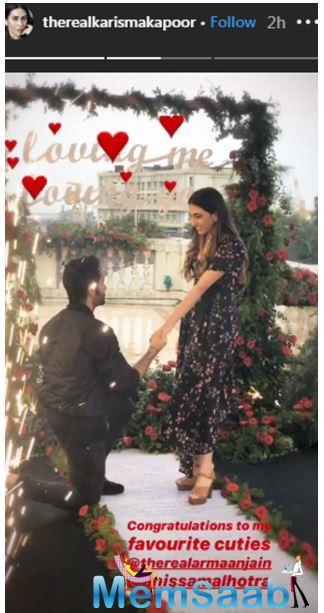 In This Image: Armaan Jain, Armaan Jain
On the other hand, Karisma Kapoor is all set to get back to acting, and the actress is all set to make her digital debut. Karisma plays the character of Meira Sharma a small-town mother in Mentalhood.

In an interview with IANS, Karisma Kapoor said: “It (acting) is ingrained in you. It is something that never goes away. 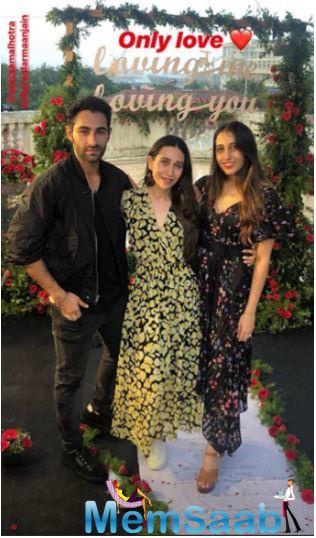 In This Image: Armaan Jain, Armaan Jain, Karisma Kapoor
I was waiting for something really interesting. It was out of my choice that I didn’t do any film because my kids were very young. It was out of choice that I wanted to be at home with my family and children.” “They are excited that I am working again. I started working at a very young age. Everyone in my family has been an actor and contributed to this industry. I have grown up with a really strong work ethic, and I think that’s hopefully gone down to my children as well,” added the actress.