Ranveer Singh, who completed a decade in the industry on Thursday, was flooded with adorable posts by sent by fans. Not only fans but even many celebs took to their respective handles to congratulate the talented actor.
But what has grabbed our attention is Ranveer’s wife Deepika Padukone’s comment on his Instagram post.

The ‘Gully Boy’ star shared a post wherein he’s donning a stylish off-white tee which he has teamed up with blue denim. 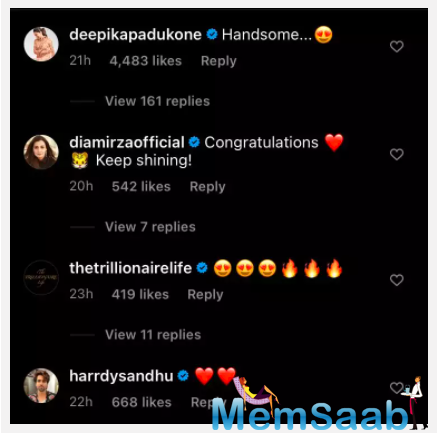 The couple celebrated their second wedding anniversary last month only. 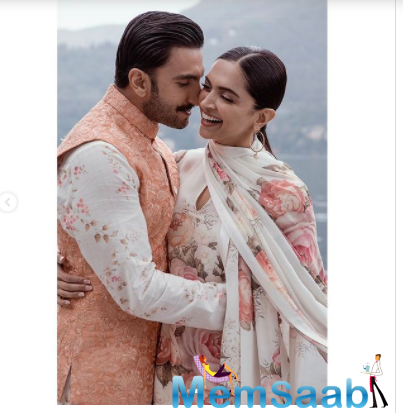 Meanwhile, on the professional front, Ranveer and Deepika are all set to share screen space once again in Kabir Khan’s sports drama ’83’. 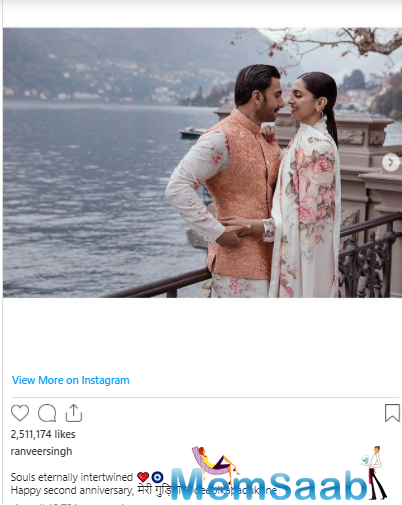 In This Image: Deepika Padukone, Ranveer Singh
Apart from this, Ranveer also has ‘Jayeshbhai Jordaar’ and ‘Cirkus’ in his kitty.On the other hand, Deepika has been busy with the shoot of Shakun Batra’s untitled film which also stars Siddhant Chaturvedi and Ananya Panday in pivotal roles. Apart from this, she has a long list of interesting projects like Shah Rukh Khan and John Abraham starrer ‘Pathan’, Nag Ashwin’s film with Prabhas and Amitabh Bachchan and the Hindi remake of ‘The Intern’ in her kitty.