Deepika Padukone is a sight to behold in this stunning...

Deepika Padukone celebrated her birthday with family and close friends. The actress and her husband Ranveer Singh hosted dinner at a popular restaurant in Mumbai. From Ananya Panday, Karan Johar, Ishaan Khatter, Siddhant Chaturvedi, Alia Bhatt, Shaheen, Ranbir Kapoor among others were snapped as they arrived for the bash.

The actress made everyone’s heads turn with her stunning attire. 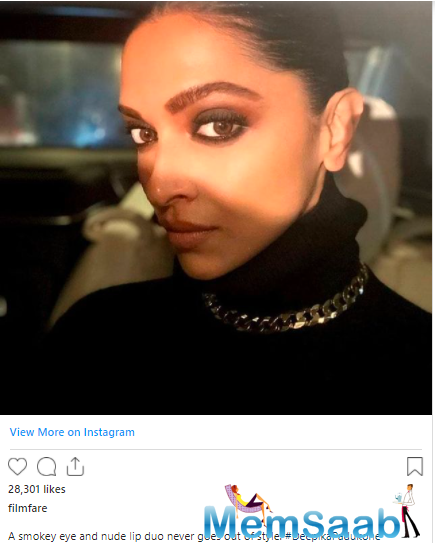 In This Image: Deepika Padukone
She opted for an all-black look. She sported a black turtleneck top and leather trousers. Recently, we stumbled upon a selfie of the actress. The star looked stunning as she showed off her smokey eye makeup. She finished the look with a nude lip. 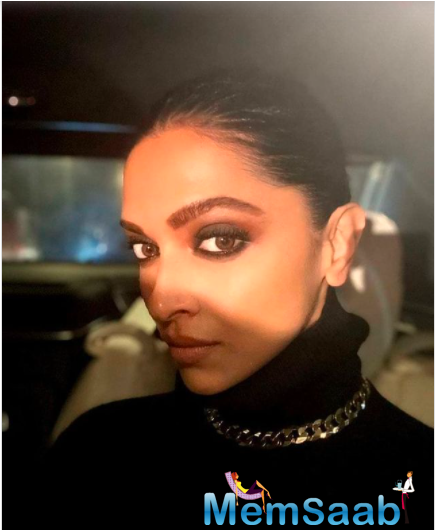 In This Image: Deepika Padukone
Meanwhile, on the work front, she was last seen in Shakun Batra’s upcoming film. The film also stars Siddhant Chaturvedi and Ananya Panday. She will also be seen in an untitled film with Amitabh Bachchan and Prabhas. The actress is also a part of Kabir Khan’s ’83’ with Ranveer. She is also doing Hindi remake of ‘The Intern’.