Well, Deepika never misses to visit Siddhivinayak Temple before her film releases and this time was no different. Padukone visited the temple donning a white kurta-churidar. 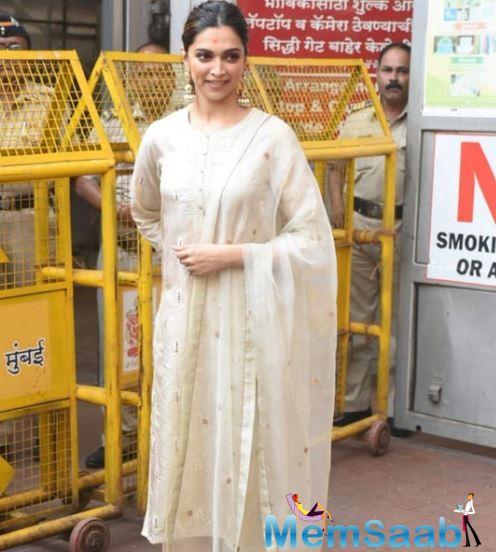 In This Image: Deepika Padukone
The actor essays the central role in the film which revolves around the story of a real-life acid-attack survivor Laxmi Agarwal. The film also marks Padukone’s production debut in Bollywood.

Recently, a leading magazine named the actress as one of the 100 most influential people in the world, and with that enthusiasm, Deepika Padukone is all set to give an identity to acid attack survivors with her class apart acting skills. 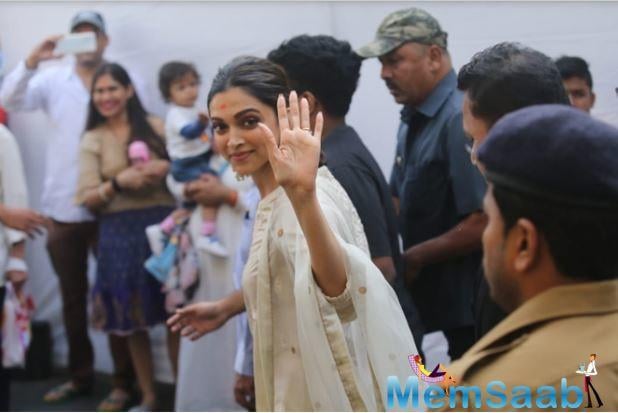 In This Image: Deepika Padukone
Critics have already given thumbs up to Chhapaak. On the other hand, the film was declared tax-free in Chhattisgarh, Madhya Pradesh, and Puducherry for throwing light on a serious social issue. Chhapaak is helmed by director Meghna Gulzar who is known for her outstanding work in blockbuster hit ‘Raazi’. It is being co-produced by Deepika and Fox Star Studios.

After Chhapaak, the actress will be seen in ’83 alongside Ranveer Singh. 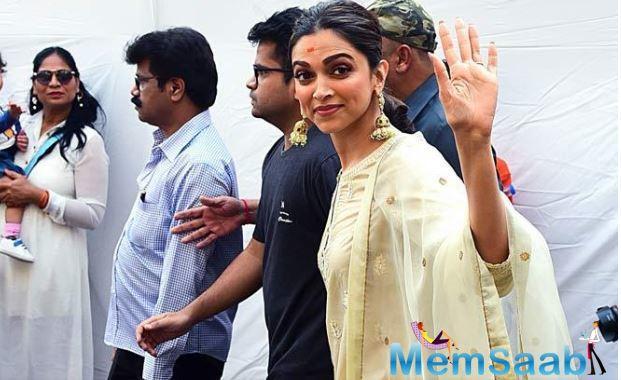