Deepika Padukone to reunite with Rishi Kapoor for her next?...

Deepika Padukone to reunite with Rishi Kapoor for her next? Details inside

Deepika Padukone is gearing up for the release of her next flick ‘Chhapaak’ co-starring Vikrant Massey. On Human Rights Day, the actress unveiled the trailer of this much-awaited film and received a positive response from all the quarters.

Recently, there are rumours doing the rounds that Deepika might take up a project which will also feature her alleged ex Ranbir Kapoor’s dad, Rishi Kapoor. 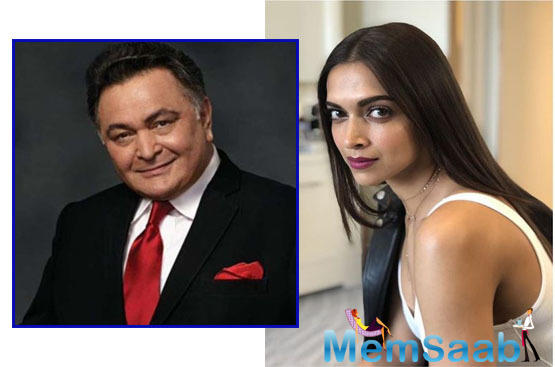 In This Image: Rishi Kapoor, Deepika Padukone
According to a recent report in Mumbai Mirror, Deepika might take up a project starring Rishi. In the past, Kapoor and the ‘Padmaavat’ actress have worked in films like ‘Om Shanti Om’ and ‘Love Aaj Kal’ which showed those things between Rishi and her seemed to be well. A few years back, Deepika and Ranbir were together but things ended on a sour note.

Even after that, the two stars established a cordial friendship and they are often seen hanging out together with many of the industry friends. 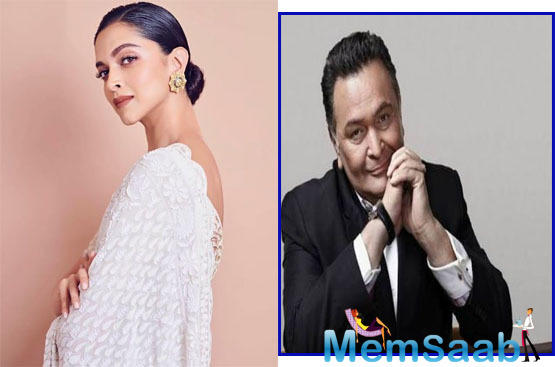 In This Image: Rishi Kapoor, Deepika Padukone
A few months ago, Deepika even visited Rishi and Neetu in the US. They even got a special gift for her marriage with Ranveer Singh. Meanwhile, on the work front, Rishi starred in Emraan Hashmi and Sobhita Dhulipala starrer ‘The Body’.