Deepika: I am very well aware of my home and...

Deepika: I am very well aware of my home and my roots, so that’s never going to change

In This Image: Deepika Padukone
But she added that she will never forget her roots. “I am very well aware of my home and my roots, so that’s never going to change. I look at it (working in Hollywood) as an extension of my creativity and the ability to work in a different environment with different people,” Deepika said in a statement.

She added: “But I think that the people in the film industry come together to tell amazing stories to touch and influence lives through the work that we do and that was one such opportunity for me.”

In This Image: Deepika Padukone
The actress talked about her career when she was honoured with the Entertainment Leader of the Year Award at the 12th edition of CNBC-TV18 India Business Leader Awards, held on Thursday night here.

In This Image: Deepika Padukone
The actress, who made her foray into Bollywood in 2007 with “Om Shanti Om“, went on to say that Shah Rukh gave her the platform in Bollywood, and on the other hand she started her career in Hollywood with Diesel.

The “Piku” star shared that her finances are managed by her father Prakash Padukone, also a celebrated badminton player.She said that he takes care of the investments while her focus is only her work. 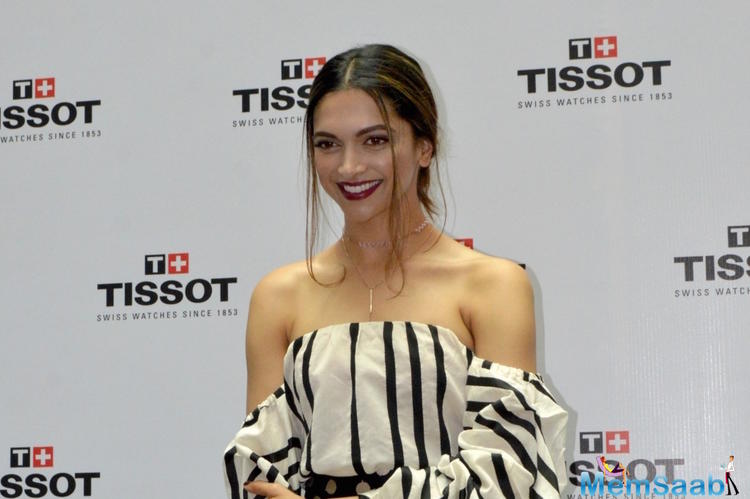 In This Image: Deepika Padukone
Deepika Padukone will next be seen in Sanjay Leela Bhansali’s “Padmavati“, which also features Ranveer Singh and Shahid Kapoor in lead roles. The film is expected to be one of the expensive Bollywood films in the recent times. It is expected to release in November this year.