Ajay Devgn’s De De Pyaar De is all set to hit theatres on May 17, 2019, and the film has been making the right noise. The romantic comedy is about a 50-year-old single father (played by Devgn) who falls in love with a 26-year-old woman (Rakul Preet Singh) to the utter dismay and disapproval of his ex-wife (Tabu) and his family.

While a huge age difference between a couple has always been kind of a sore spot in Indian society, De De Pyaar De seems to tackle the issue head-on. 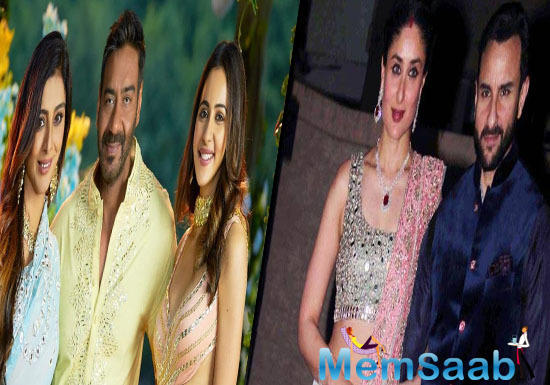 In This Image: Saif Ali Khan, Tabu, Kareena Kapoor Khan, Rakul Preet Singh
In a trailer shared by the makers of the movie, Ajay Devgn can be heard talking to his shrink (Javed Jaffrey) about old man-young woman relationships. He’s heard saying that such relationships aren’t uncommon, going ahead to cite examples like Michael Douglas and Catherine Zeta-Jones, George Clooney and Amal Clooney, and Saif Ali Khan and Kareena Kapoor Khan.

Now, a report by DNA suggests that after the launch of the trailer on his birthday, April 2, Ajay Devgn called Saif Ali Khan up and told him about the dialogue. 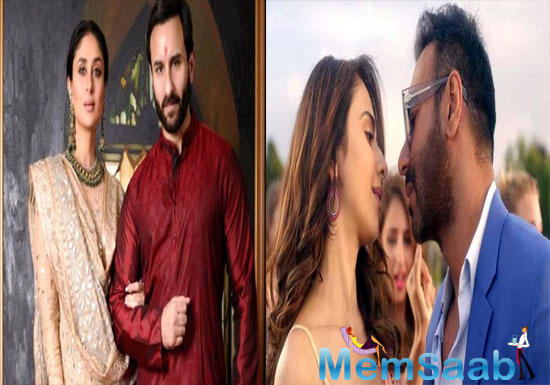 Well, what can we say about the actors’ camaraderie? It’s sweet that Saif didn’t take offence at Ajay Devgn’s dialogue, which was clearly said in jest. 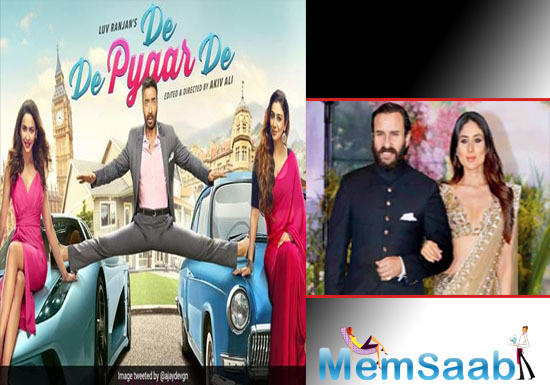