Even before making her debut, actor Saiee Manjrekar is all set to win your hearts. This is how!

Dabangg 3 star Saiee Manjrekar was recently in the village of Phaltan to inaugurate a solar plant. The solar plant was set up in order to give access to hot water to around 300 orphan children in the village. 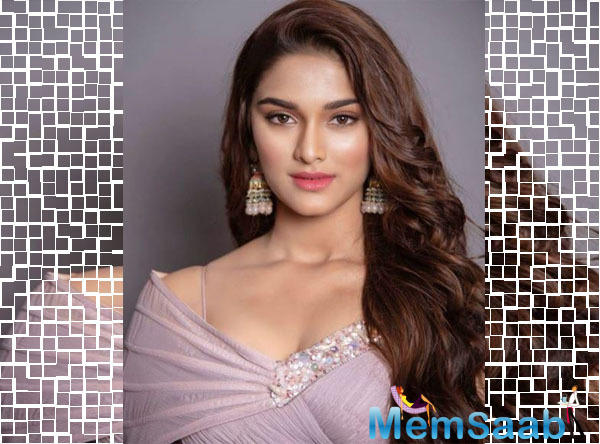 In This Image: Saiee Manjrekar
The actress is making her silver screen debut opposite Chulbul Pandey and the duo makes for an adorable couple as seen in the trailer. With less than a month for the release of the biggest movie of 2019, the makers are keeping up the hype for the movie by treating the fans with songs from the movie.

There is also an exciting treat for the fans to identify the new Dabangg hook-step and a few lucky winners can win the chance to meet Chhulbul Pandey himself. 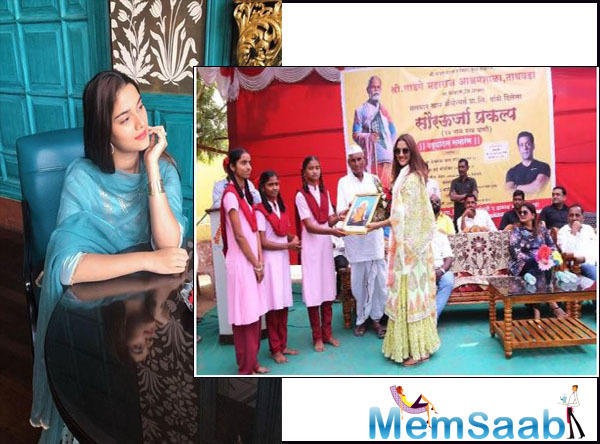 In This Image: Saiee Manjrekar
The much-awaited Dabangg 3 is directed by Prabhudeva and produced by Salma Khan, Arbaaz Khan and Nikhil Dwivedi under the banner of Salman Khan Films and is slated to release on 20th December, this year.