Amitabh Bachchan and Emraan Hashmi starrer Chehre has been in the headlines for more than one reason. The highlight being Kriti Kharbanda walking out of the film and the search for a suitable replacement being on. While Krystle D’Souza was speculated to have replaced Kriti, the update today is that the actress is now confirmed to be a part of the film.

Television actress Krystle has finally made it to the big screen as it is confirmed that she will be making her Bollywood debut with Chehre. 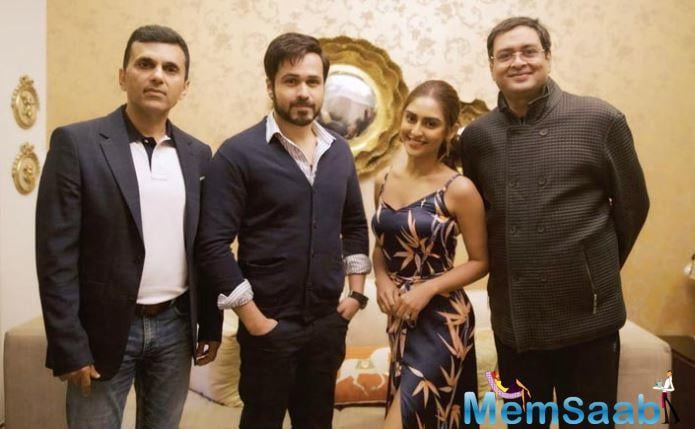 In This Image: Krystle D’Souza, Emraan Hashmi
The speculations were strong and there were many names that were surfacing online. After the news of Kriti Kharbanda walking out came in, names like Mouni Roy, Ankita Lokhande and Krystle started doing rounds. There were also reports that Mouni was the makers’ first choice but the actress had to turn down the role due to prior commitments.

It is now that the ball has fallen in Krystle’s court. 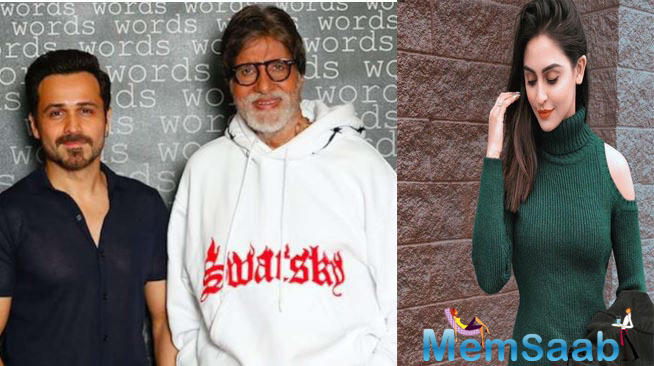 In This Image: Krystle D’Souza, Amitabh Bachchan, Emraan Hashmi
According to earlier reports in SpotboyE, the Fitratt actress had auditioned for the part and had impressed the makers. There were also reports that the actress is soon to begin shooting for the film. It will be fun to see what the actress has to offer on the film front.

Talking about the film, a courtroom drama, ‘Chehre’ is slated for an April 2020 release. 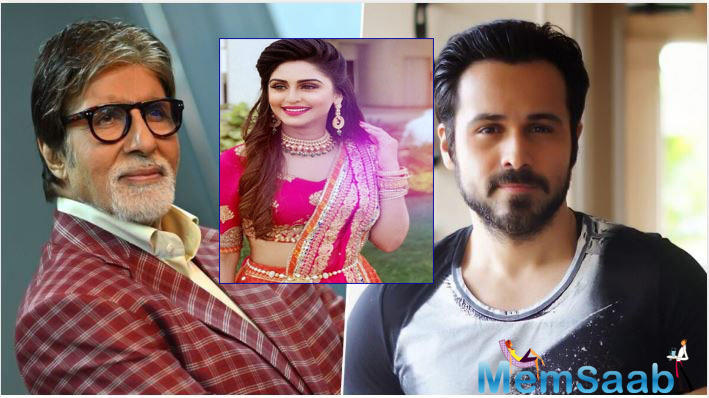 In This Image: Krystle D’Souza, Amitabh Bachchan, Emraan Hashmi
The film will see Amitabh Bachchan as a lawyer while Emraan will essay the role of a business tycoon. The film also stars Rhea Chakraborty, Siddhanth Kapoor, Dritman Chakroborthy, Raghubir Yadav and Annu Kapoor.