The trailer of the much-awaited film ‘Chef’ starring Saif Ali Khan is out! The Nawab and his on-screen son Svar Kamble share heartwarming chemistry. 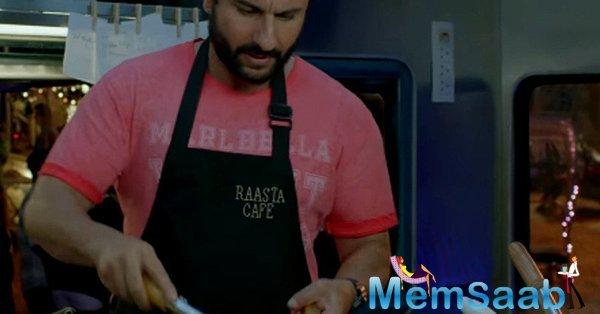 In This Image: Saif Ali Khan
Chef’ trailer was launched in Juhu, Mumbai today. Besides Saif and Svar, the event was attended by actors Padmapriya and Chandan Roy Sanyal, along with producers Bhushan Kumar, Krishan Kumar, Vikram Malhotra and Janani Ravichandran.

Earlier in the day, the first look poster of ‘Chef’ was unveiled. 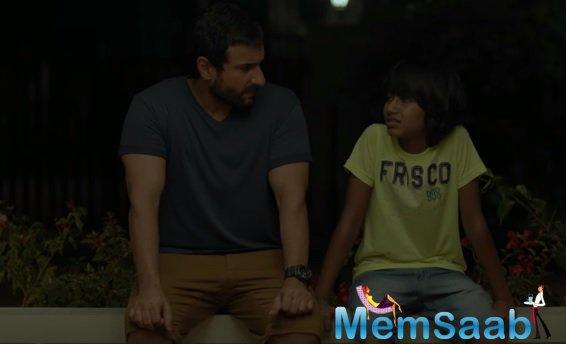 In This Image: Saif Ali Khan
‘Chef’ set to release on October 6. The film was supposed to release on July 14 along with Ranbir Kapoor and Katrina Kaif’s ‘Jagga Jasoos’ and Shraddha Kapoor’s ‘Haseena’ biopic.

By pushing the film to October, now the box office clash has been avoided. 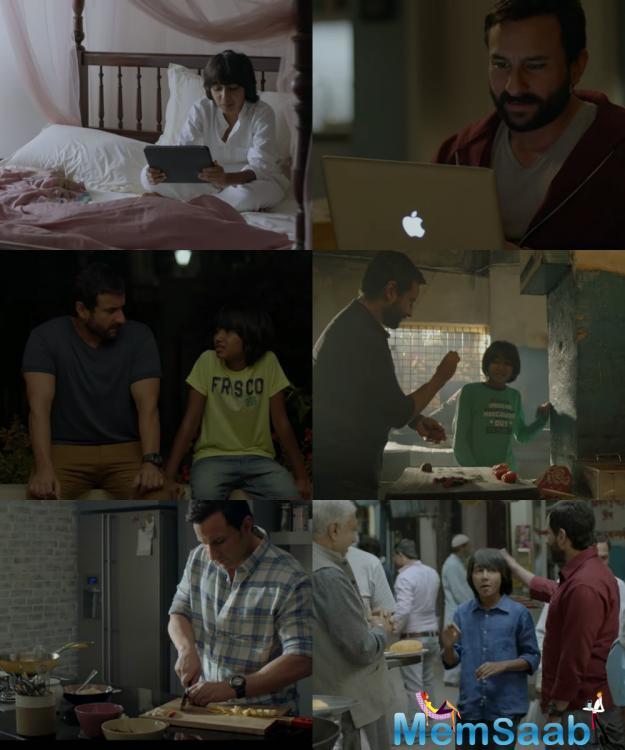 In This Image: Saif Ali Khan
The film, is produced by T-Series and Abundantia Entertainment and directed by ‘Airlift’ director Raja Krishna Menon. This is a remake of the Hollywood hit ‘Chef’.

The movie revolves around a chef who visits his family residing in Kochi after quitting his job at a leading international restaurant. 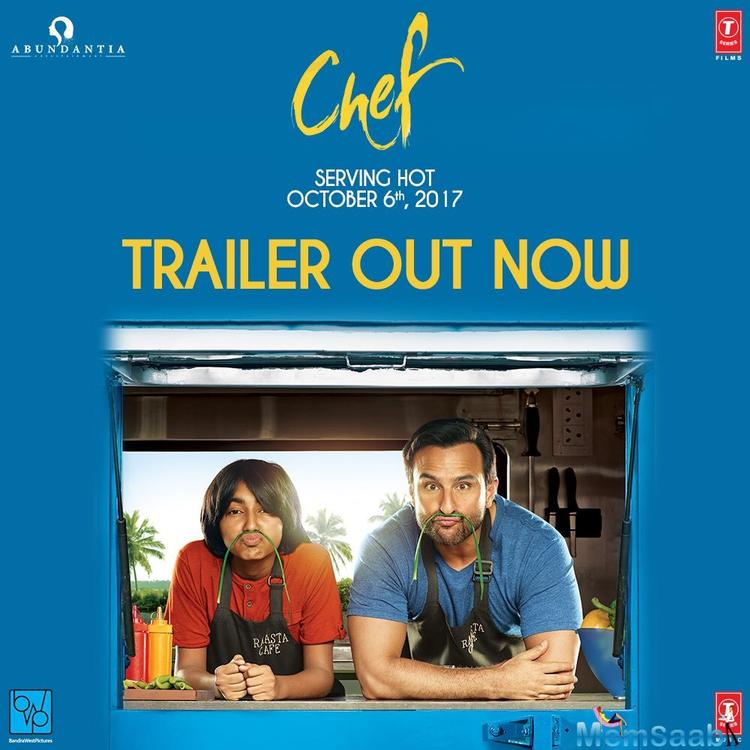 In This Image: Saif Ali Khan
He wants to start a food truck. His son joins him on the culinary journey. Saif Ali Khan will train under top chefs and learn culinary skills to get his act right in the remake version of ‘Chef’.