Ceremony has begun: Inside pictures from Sonam Kapoor and Anand...

Ceremony has begun: Inside pictures from Sonam Kapoor and Anand Ahuja’s Mehendi

Sonam and Anand are everyday phenomenal during their mehendi ceremony

Wedding has begun! Sonam Kapoor is getting her Mehendi done at her house with her beau Anand Ahuja. 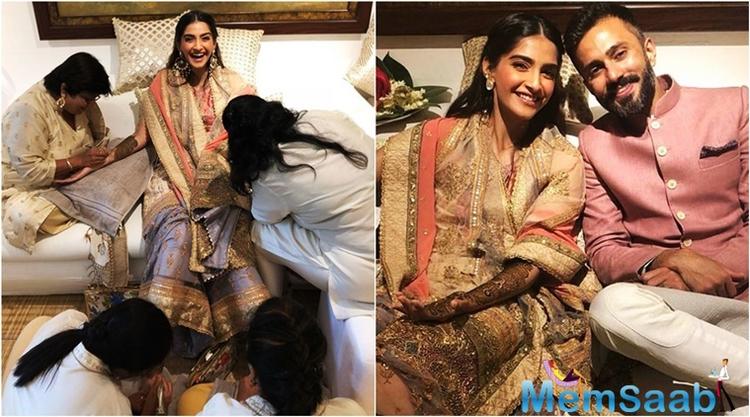 In This Image: Sonam Kapoor, Anand Ahuja
The soon-to-be-married couple indulged in some PDA at the do and looked absolutely adorable, innocent too while doing that.

Meanwhile, father Anil Kapoor could be seen in full glory while he was posing with Karan Johar and Rani Mukerji for a photo. 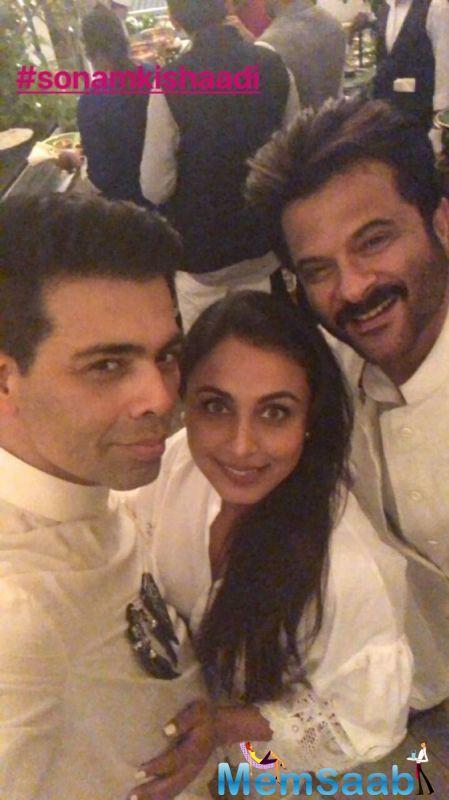 In This Image: Anil Kapoor, Rani Mukerji, Karan Johar
Sonam truly might be the happiest bride as she did the happy dance with her hands full of mehendi. Here’s a snapshot of it: 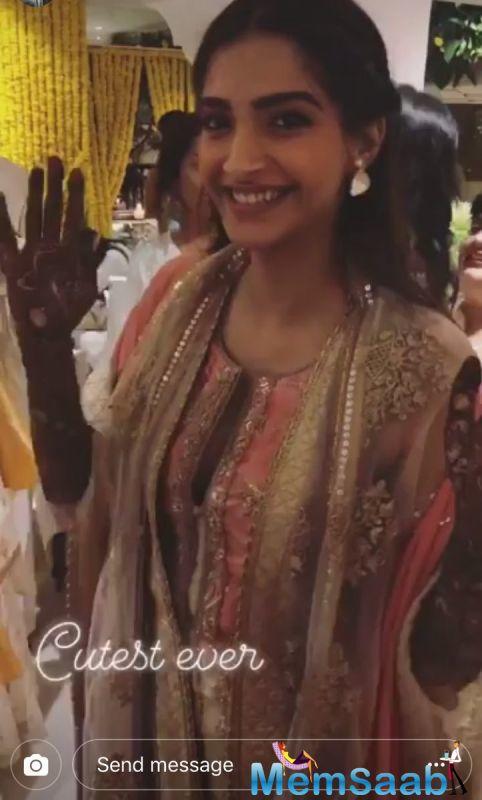 In This Image: Sonam Kapoor
Sonam will have a Sangeet on Monday tomorrow, followed by her wedding and reception on Tuesday.