Celebrity Chef and MasterChef India fame Vikas Khanna has set an example for many. The famous Chef who’s based in New York has surprised everyone by turning into a crusader.

What’s interesting in his case is that he has been feeding people in India while sitting in the US. 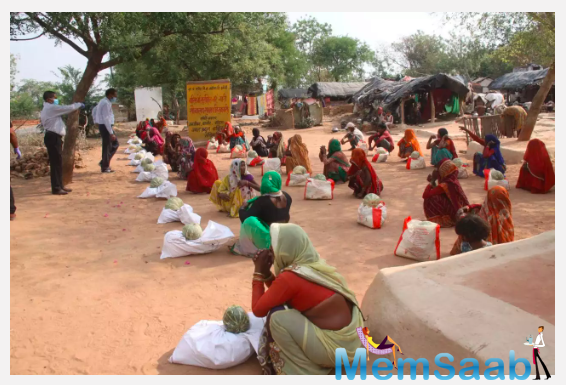 In This Image:
Talking to Bombay Times about what encouraged him to support his homeland in times of the pandemic, Vikas says, “I came across a family in Aligarh (Uttar Pradesh), who had no ration. I promised them that before Iftar, I will make food available to them. However, I failed miserably. Later, someone approached me with a picture on my phone saying that a particular old age home was in need of money. After I transferred money to the needy, I came to know that I got duped. All these instances made me realise that back home in India there are many people who might need help, and I though instead of relying on others, I should take the responsibility on my shoulders.” Thus, while he is staying home in his New York apartment, he is busy days making calls day and night, doing video chats and connecting with people in India to procure ration and getting it distributed even in remote villages.

Vikas Khanna: Me and my team was ready with 25 Quintal of ration in Bangalore. 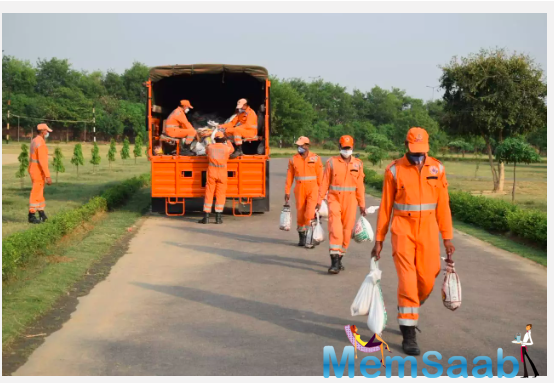 In This Image:
“We might have crossed one million meals of dry ration distribution in 65 odd cities in India. I am personally buying stuff and with the help of National Disaster Response Force the food is being distributed at various cities and remote areas,” says Vikas, who also gets horrific experiences during the course. “Me and my team was ready with 25 Quintal of ration in Bangalore, which was to be distributed in old age homes, but I got a news that it all got stolen. I was really shocked. There were so many old men and women eagerly awaiting the food delivery,” he signs off.