Cannes 2019: Huma Qureshi steals the limelight with her three-piece...

Cannes 2019: Huma Qureshi steals the limelight with her three-piece outfit

Cannes 2019: Huma Qureshi steals the limelight with her three-piece outfit

Huma took to her Instagram account to share photos of her look and wrote: “Had a great time at WOMEN IN FILM AND TELEVISION’s event!!” (sic). 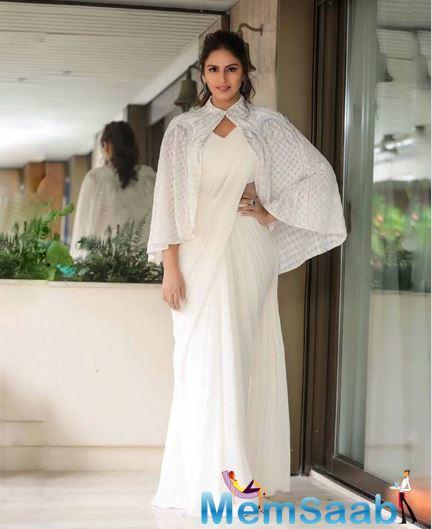 In This Image: Huma Qureshi
For the red carpet event on Monday, Huma pulled all stops and looked nothing less than a dream when she stepped out in a metallic hued grey Gaurav Gupta gown accentuated with ruffled train, giving it the perfect volume. At an another event, Huma donned a black shimmery Balmain blazer-dress. Paired with a golden pair of heels from Stella McCartney, the look checked off all boxes on the ‘modern-trends-meet-classic’ list.

She later opted for a tulle black gown with heavy ruffled sleeves. She completed the look with hair tied in bun and bangs in the front, and minimal jewellery. 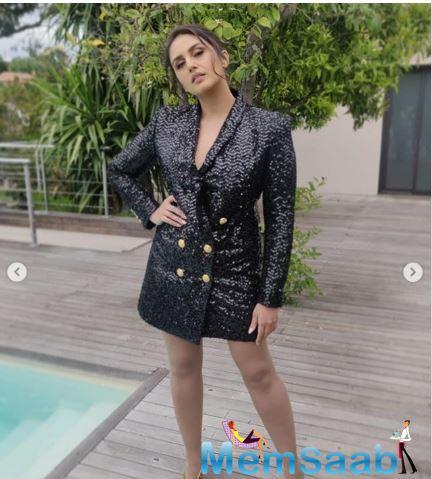 In This Image: Huma Qureshi
The actress is in the French Riviera on behalf of vodka brand Grey Goose, which celebrates cinematic excellence with the launch of its new global platform ‘Live Victoriously’.

Adding to an ever-growing list of Bollywood actresses who turned heads at the ongoing 72nd Cannes Film Festival, Huma Qureshi oozed glamour in her three-piece outfit in Anamika Khanna couture at the French Riviera. 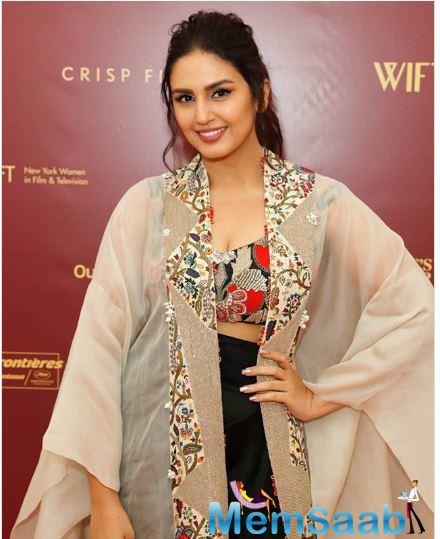 In This Image: Huma Qureshi
Huma wore a three-piece outfit, with a printed crop top and plain-black three-quarter skirt inside. The attraction of the ensemble was the beautiful Madhubani print border of the poncho. The actor posed with minimal makeup and voluminous ponytail.

Last year, the actress had charmed the gala wearing a fitting, princess gown from Ali Younes Couture. She styled her hair into a wet, slicked back mop and muted nude lips to go along with the ivory gown. 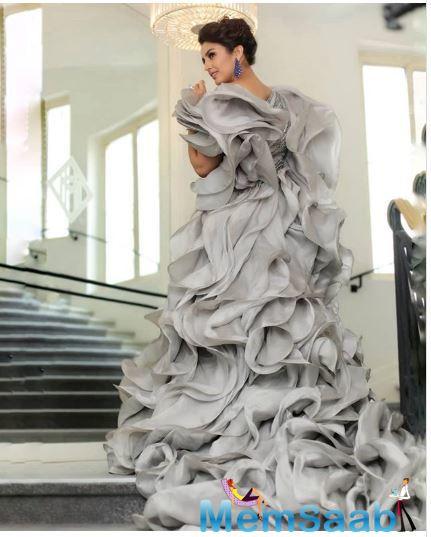 In This Image: Huma Qureshi
“It was a pleasure to be associated with the brand at the Cannes Film Festival last year. Over the years, we all have witnessed the recognition that the Indian film Industry has received at this prestigious platform and I am thrilled to accompany the brand once again this year,” Huma had said in a recent statement. The Cannes Film Festival, which began on May 14, has seen many Bollywood divas strutting the red carpet, including Kangana Ranaut, Deepika Padukone, Priyanka Chopra, Diana Penty and Hina Khan. The festival is scheduled to be held from May 14-25.