Diana Penty told mid-day about her Cannes debut, “No preparation is enough for an event as big as this. I’ve followed the festival for years, and you have to experience as it unfolds, and enjoy the moment.” 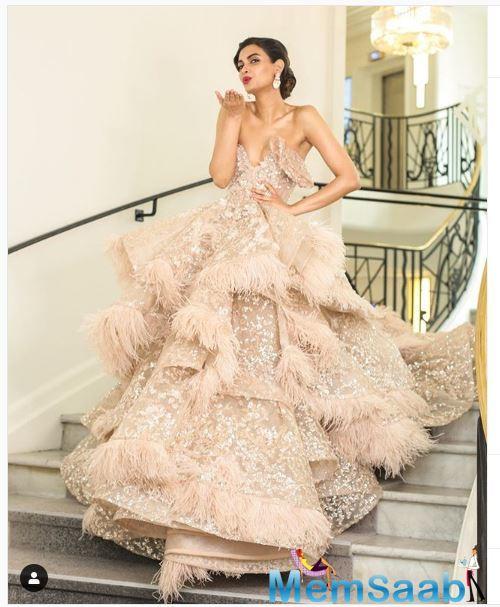 In This Image: Diana Penty
While this was Diana Penty’s first red carpet appearance, it was not the first Cannes-related event that she attended. Penty earlier attended the Chopard Love event dressed in her Celia Kritharioti’s golden sequinned outfit. Needless to say, she looked drop-dead gorgeous.

In the pictures, the Happy Bhaag Jayegi actress stole the limelight in a gleaming grey knee-length dress with bell sleeves and a high neck. Adding to the vintage vibe of the Graine dress, she opted for a classic red pout with wavy hair tied into a bun.

In This Image: Diana Penty
For the red carpet, Diana Penty made heads turn as she walked with grace in an extravagant beige coloured off-shoulder gown. Keeping it summery and breezy, Diana detailed it with faux feathers to add volume. With her hair neatly tied in a bun, the actor kept her makeup subtle and light to complement her dress. Her bold red lips added the perfect amount of oomph to the look.

Bollywood diva Diana Penty has bid adieu to the French Riviera in style after having made a fabulous debut on the Cannes 2019 red carpet. 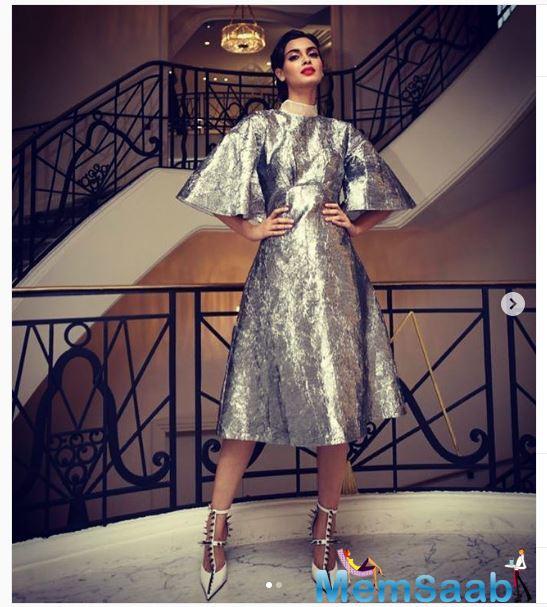 In This Image: Diana Penty
The 33-year-old actress brought her fashion A-game for her last outing at the prestigious film event. Dressed in a metallic grey outfit and studded white Balenciaga heels, Diana ticked all the right fashion boxes. “Bye bye Cannes. Thank you for the memories. Next stop – London Town,” she captioned her Instagram post.