She received, in an earlier interview, stated that she did not prepare much for the Cannes Film Festival owing to her busy schedule, but her appearance along the red carpet of the French Riviera largely discredited her claim.

Sonam Kapoor looked more than resplendent when she hit an entree on the red carpet at Cannes 2017 dressed in Elie Saab. 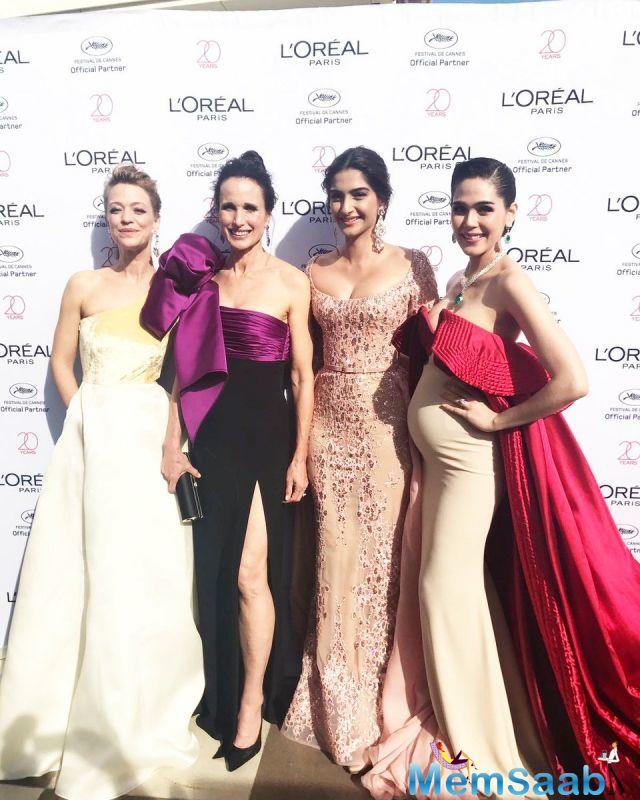 In This Image: Sonam Kapoor
The official Twitter account of L’Oreal Paris India posted a series of Sonam’s pictures. Sonam is styled by her sister Rhea Kapoor, she made a statement in an embellished chiffon dress.

Accessorizing her couture with custom-made Kalyan jewellery, Sonam took over from Aishwarya Rai Bachchan and Deepika Padukone, both of whom had earlier mesmerized the audiences and the media with their ultra-glamorous aspects. 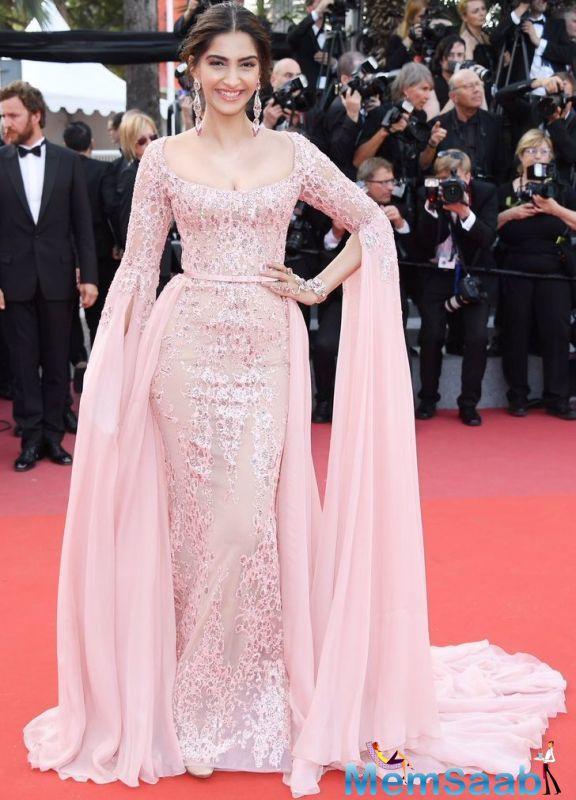 In This Image: Sonam Kapoor
The official Twitter handle of Elie Saab tweeted, “@sonamkapoor lights up the red carpet in custom ELIE SAAB Haute Couture at the ‘The Meyerowtiz Stories’ screening #Cannes2017,” 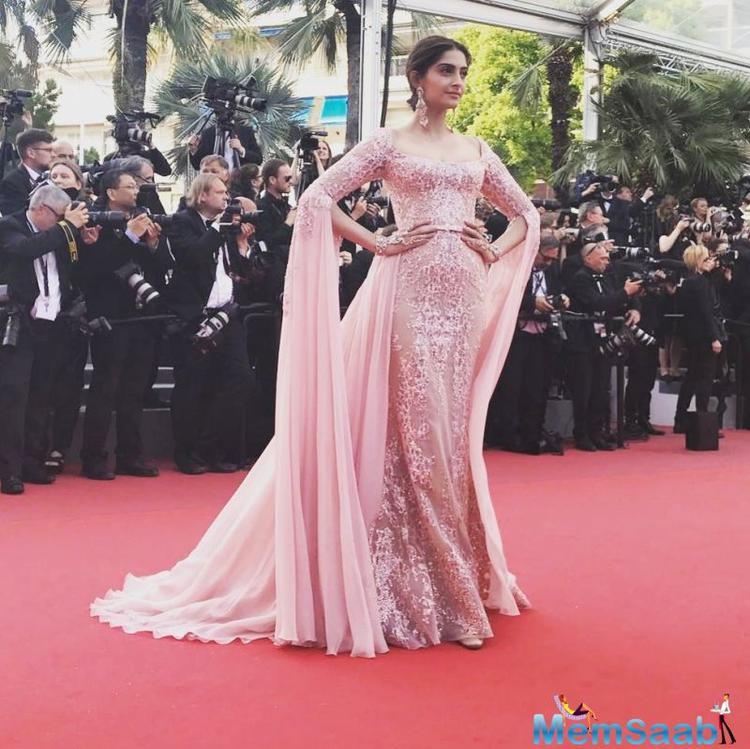 In This Image: Sonam Kapoor
A part of L’Oreal’s 2017 entourage, also consisting Aishwarya and Deepika, Sonam, earlier in the daylight, looked gorgeous in a Nor Black Nor White prismatic saree paired with a clean blouse.

Bollywood’s top fashion icon Sonam has always been the critics’ favorite when it comes to donning classy looks for the red carpet.

In This Image: Sonam Kapoor
Sonam Kapoor recently won a National Award (Special Mention) for her part in the 2016 movie ‘Neerja’ and is all set to start shooting for Rhea’s film ‘Veerey DI Wedding’ along with co-stars Kareena Kapoor Khan and Swara Bhaskar.