The film showcases Amitabh Bachchan playing the role of a high-profile lawyer, Taapsee, on the other hand, is seen playing a powerful businesswoman. 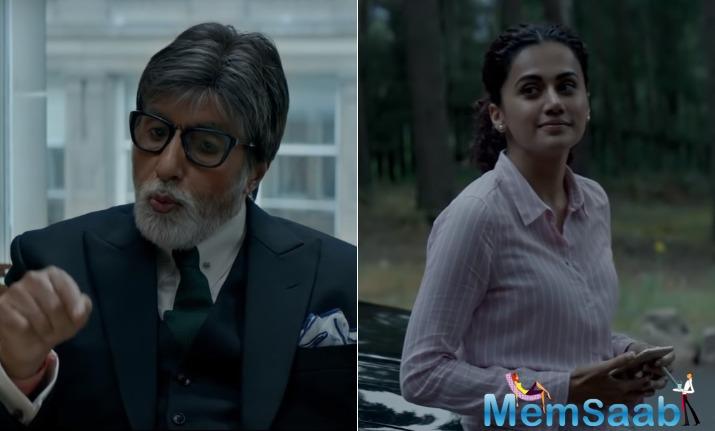 In This Image: Amitabh Bachchan, Taapsee Pannu
The trailer of Badla takes you on a thrilling ride with every passing scene creating all the more eagerness and excitement to witness the mystery being resolved. As soon as the trailer hit the Internet, netizens took to the social media by storm with ample praises for the trailer. 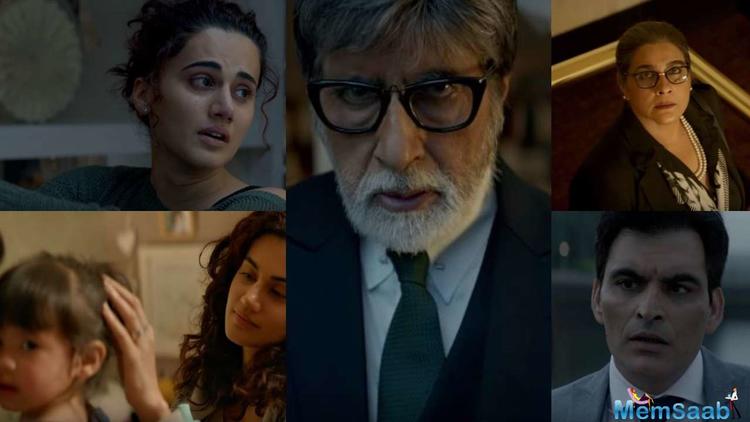 In This Image: Amitabh Bachchan, Taapsee Pannu, Amrita Singh
Breath-taking locations, intriguing storyline and a stellar cast are what makes Badla an edge of the seat crime thriller. Recently, the looks were unveiled through an interesting digital banter between Shah Rukh Khan and the leading star cast Amitabh Bachchan and Taapsee Pannu and the director of the film Sujoy Ghosh.

Talking about the same, Director Sujoy Ghosh shares, “It is quite overwhelming to see such an amazing response being garnered by the trailer. We are glad that audiences are showing such appreciation for the content.”

In This Image: Amitabh Bachchan, Taapsee Pannu
Gaurav Verma, Co-Producer and Chief Revenue Officer at Red Chillies Entertainment, said, “We are glad that the trailer has garnered so much love, we look forward to seeing the response to the movie.”

Sunir Kheterpal, of Azure Entertainment, said, “A fantastic story idea and a great team effort can make such great collaborations possible, we are thrilled with the response to the trailer 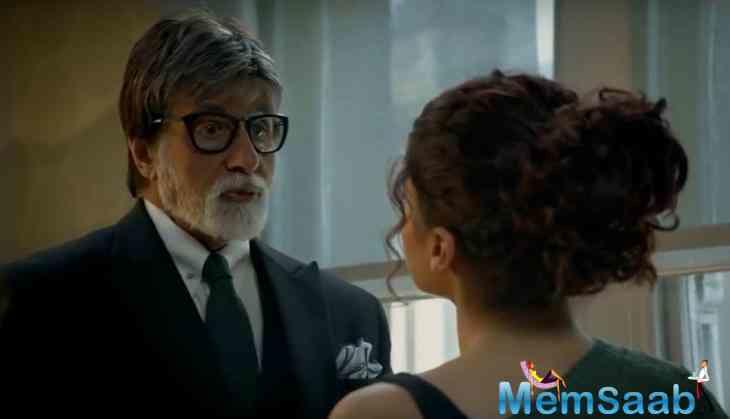