Baaghi 3 poster out! This time, Tiger Shroff is up...

Baaghi 3 poster out! This time, Tiger Shroff is up against a nation

After the massive success of Baaghi and Baaghi 2, Tiger Shroff is all set to bring the third part of the film. The makers of the movie have released the first poster of the movie and it is as enticing as ever!

Taking to their social media the makers shared the poster with the caption, “Against his strongest enemy, His greatest battle, Up against a nation, RONNIE is back!” 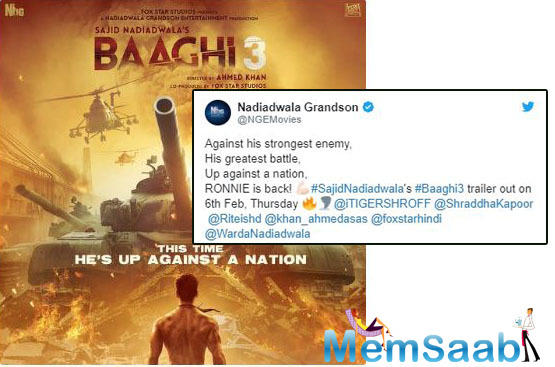 In This Image: Tiger Shroff
The makers also announced the launch date of the trailer, which will be out on February 6, 2020. The poster has Tiger Shroff facing an army tank with his back towards the viewers and a rifle in his hand. The poster has created immense buzz already and fans can’t wait to see the trailer which is all set to release.

Baaghi 3 shooting was recently wrapped up, the cast and crew celebrated it with cutting as many as six cakes. 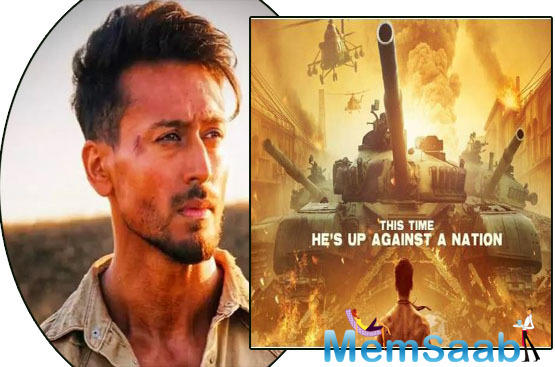 In This Image: Tiger Shroff
Shraddha Kapoor also took to her Instagram account to share an emotional post. Baaghi 3 is all set to release on 6 March, 2020 and has Tiger Shroff and Shraddha Kapoor in lead roles. The film also stars Ritiesh Deshmukh in an important role. The movie is produced by Nadiadwala grandson and directed by Ahmed Khan.