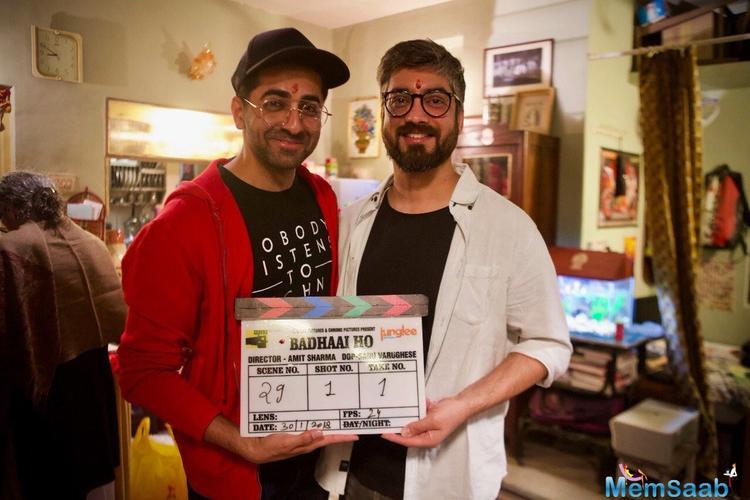 In This Image: Ayusmann Khurrana, Amit Sharma
The official Twitter page of Junglee Pictures, which is bankrolling the film, shared a photograph of movie’s lead actor Ayushmann Khurrana and Sharma holds the film’s clapboard. 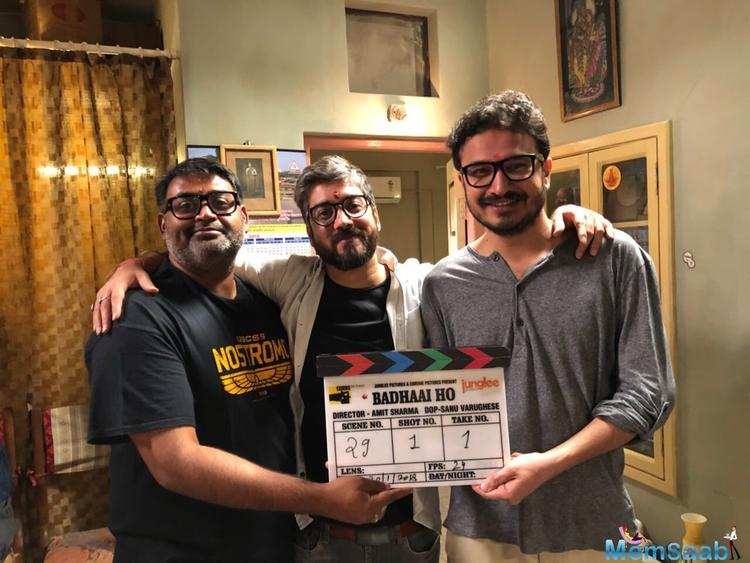 In This Image: Amit Sharma
Yes! ‘Dangal’ famed actress Sanya Malhotra will be romancing Khurrana in Badhaai Ho. This will be the second time Ayushmann has collaborated with Junglee Pictures after the 2017 film “Bareilly Ki Barfi”.