Amitabh Bachchan joins Deepika Padukone and Prabhas in the untitled multilingual film, which will be helmed by Telugu film director Nag Ashwin.

The project is backed by C Ashwini Dutt of Vyjayanthi Movies to mark the South banner’s 50th-year celebrations in 2022. 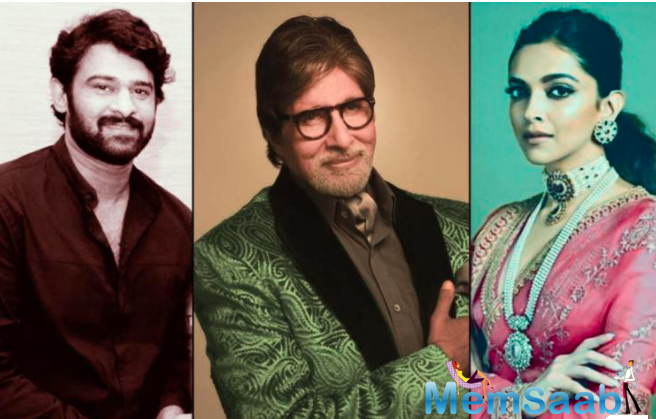 In This Image: Amitabh Bachchan, Deepika Padukone, Prabhas
Dutt said, “I had watched Sholay [1975] several times when it ran for over a year at NTR’s Ramakrishna Theatre in Hyderabad. After all these years, it is truly a glorious and immensely satisfying moment for me to welcome Indian cinema’s greatest icon to be a part of the production.” The film will mark Big B and Padukone teaming up again after Aarakshan (2011) and Piku (2015).

From the time this announcement has been made, fans of both the superstars have gone berserk and cannot contain their excitement. The Pan-Indian film will be shot in three languages, Hindi, Tamil and Telugu. 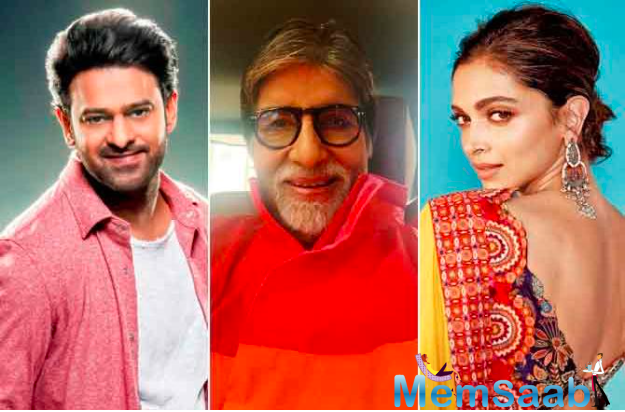 In This Image: Amitabh Bachchan, Deepika Padukone, Prabhas
It is touted to be a huge budget film, bigger than the biggest film of Indian cinema, Baahubali. The film belongs to the sci-fi genre. The project has been made possible by Vyjayanthi Movies, producer C. Aswini Dutt, co-producers Swapna and Priyanka Dutt and director Ashwin Nag. Speaking about her fan following, Deepika feels blessed and expressed gratitude towards all the love she received from her fans. She is very grateful for all this love and DP has left no stone unturned to share it with all her fan clubs on social media.

The Piku star has amassed a captive social media following who puts this platform to good use. Be it speaking about the importance of mental health or her sartorial choices, her fans listen to her and believe in her. 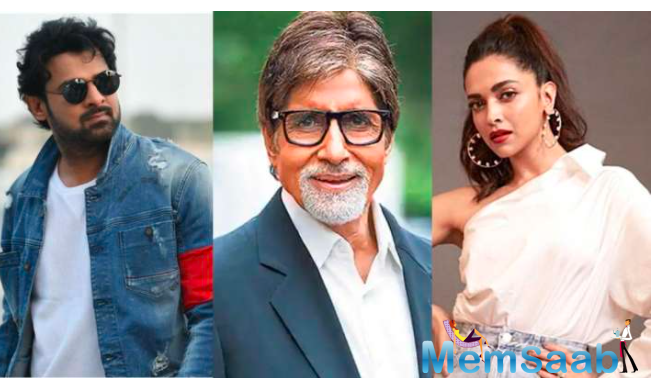 In This Image: Amitabh Bachchan, Deepika Padukone, Prabhas
On the professional front, the actor will next be seen in Shakun Batra’s directorial for which she would be shooting in Sri Lanka had there not been a lockdown. The movie also stars Siddhant Chaturvedi and Ananya Panday.