Arjun Kapoor shares a new poster of ‘Panipat’; looks ready to battle it out with Sanjay Dutt aka Ahmad Shah Abdali

Arjun Kapoor shares a new poster of ‘Panipat’; looks ready to battle it out with Sanjay Dutt aka Ahmad Shah Abdali

With the trailer of Arjun Kapoor, Kriti Sanon and Sanjay Dutt starrer winning over the audience, the makers of the film are leaving no stone unturned in promoting the film. 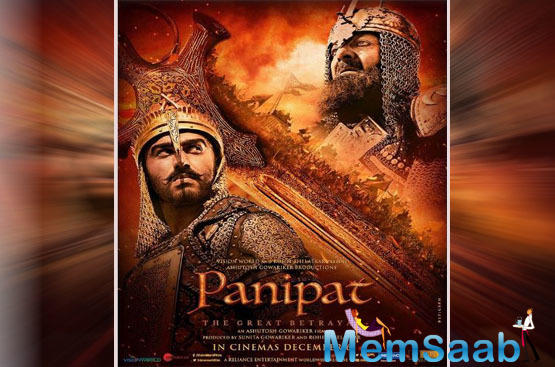 In This Image: Arjun Kapoor, Sanjay Dutt
Keeping the ongoing strong buzz around the film intact, Arjun took to social media to share a new poster where his character of Sadashiv Rao Bhau looks all set to battle it out with Dutt aka Ahmad Shah Abdali. The fierce looks in their eyes is proof of their enmity and this poster looks quite intriguing as well.

He captioned the post as “Sadashiv Rao Bhau vs Ahmad Shah Abdali. Witness the epic battle on 6th December, Panipat.” 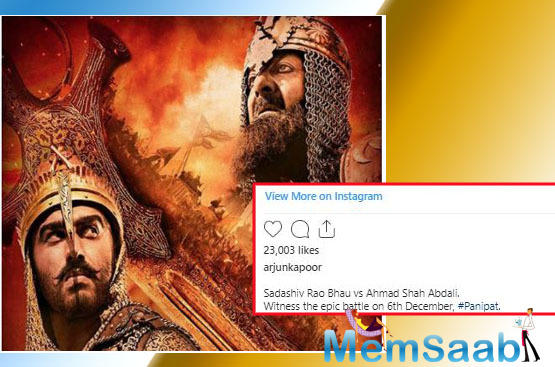 In This Image: Arjun Kapoor, Sanjay Dutt
With the likes of Shah Rukh Khan, Akshay Kumar, Vicky Kaushal and others praising the film, the Ashutosh Gowarikar directorial is all set to hit the silver screens on 6th December this year. The film will be clashing with Kartik Aaryan, Bhumi Pednekar and Ananya Panday’s ‘Pati Patni Aur Woh’ at the box office.