Lovebirds Malaika Arora and Arjun Kapoor were recently in New York, painting the town red – chilling, meeting friends and trying out the gastronomic treats on offer. During this much talked-about vacay, they also visited veteran actor Rishi Kapoor, who is in NYC recuperating from cancer.

Rishi thanked the duo for their visit with his tweet that read, “Thank you Malaika and Arjun for coming. Hope you got to see “Rocketman” and lunch at “Red Farm.” 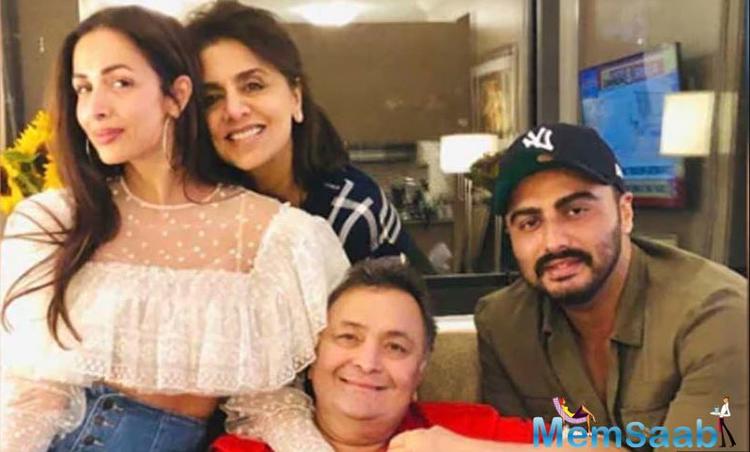 In This Image: Arjun Kapoor, Rishi Kapoor, Malaika Arora , Neetu Kapoor
To which Arjun had a humbling reply. And while he was at it, he ended up penning down a note of sorts, admiring Rishi Kapoor’s fight against the dreadful disease. He also said he was waiting for the veteran actor to return to Mumbai.

His tweet read, “Thank you for having us n giving us the feeling of being home… ur fight back against this disease has been so so so inspiring…now we can’t wait to see both of you back in mumbai very very soon…” 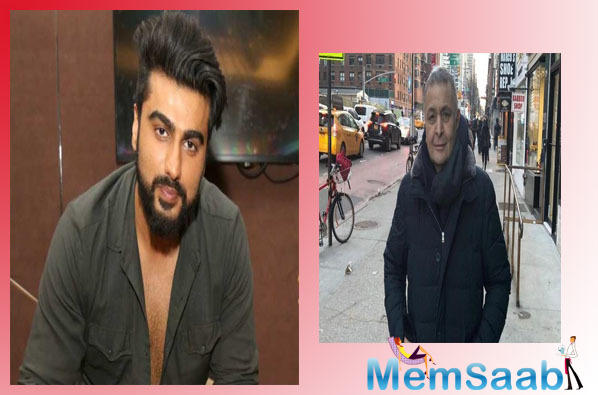 In This Image: Arjun Kapoor, Rishi Kapoor
Now that’s so sweet! Sources had confirmed in the recent past that Rishi is cancer-free and will soon return to India with his wife, Neetu Kapoor.

Rishi along with Neetu left for his treatment in the USA in September 2018, since then many stars have visited the actor and the couple without fail share a picture with each visitor. 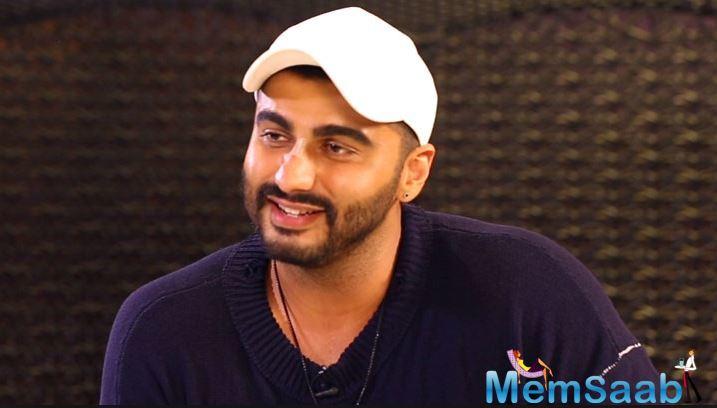 In This Image: Arjun Kapoor
The actor will be soon seen in an upcoming film titled Jhootha Kahin Ka, where the actor plays Omkar Kapoor’s father, who is taken by surprise and shock with his son’s lifestyle. Movie is set to release on July 19, 2019.