Arjun Kapoor and Malaika Arora raise eyebrows as they arrive...

Malaika Arora and Arjun Kapoor are throwing caution to the wind. The two were spotted exiting designer Sandeep Khosla’s bash over the weekend together. 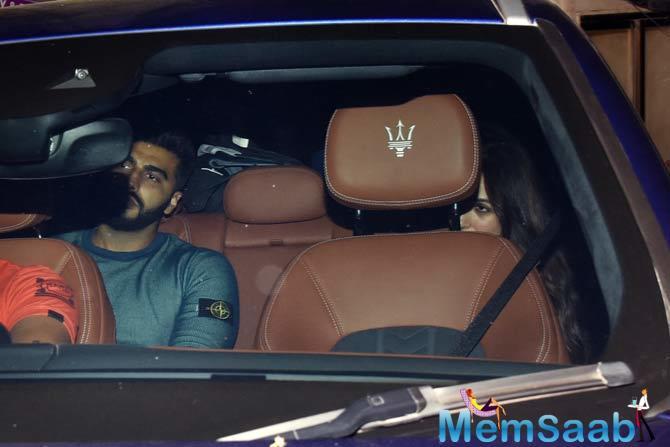 In This Image: Arjun Kapoor, Malaika Arora
What was surprising is that the duo did not make any attempts to avoid the shutterbugs. Well, there have been instances when Arjun and Malaika have entered and exited same parties at odd timings just to shoo away rumours and speculations.

Gossip mills have been working on an overdrive since Malaika and Arjun sat besides each other during a show at the Lakme Fashion Week in August. 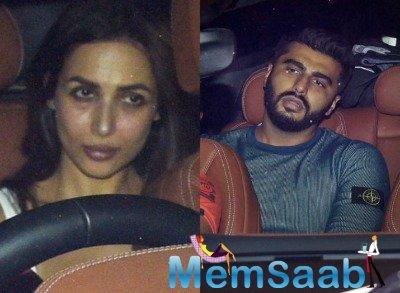 In This Image: Arjun Kapoor, Malaika Arora
Their friendship has been the subject of much speculation. Their recent spotting together has added fuel to the chatter, but they don’t seem to care.

There were apparent rumours of Malaika’s growing fondness towards Arjun Kapoor post separation from her 17-years of husband, Arbaaz Khan. 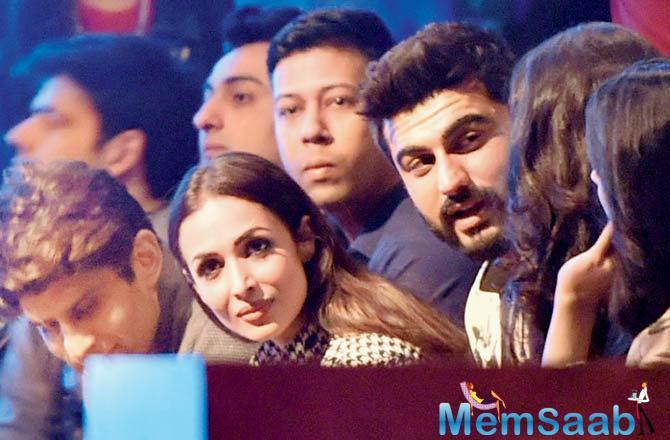 In This Image: Arjun Kapoor, Malaika Arora
Now that they are divorced, Arbaaz Khan is apparently getting hitched to girlfriend Giorgia Andriani very soon. However, nothing substantial of Malaika seeing anyone has surfaced. The fitness diva has set up a yoga institution for women in collaboration with Sarvesh Shashi. Other than that, she has done a special number, Hello Hello in Vishal Bhardwaj’s Pataakha. The model is currently judging India’s Next Top Model season 4. Talking about Arjun Kapoor, he is currently busy promoting Namaste England with co-actress Parineeti Chopra. And has films like India’s Most Wanted, Sandeep Aur Pinky Faraar and Panipat.