Are Soha Ali Khan and Kunal Kemmu expecting their first... 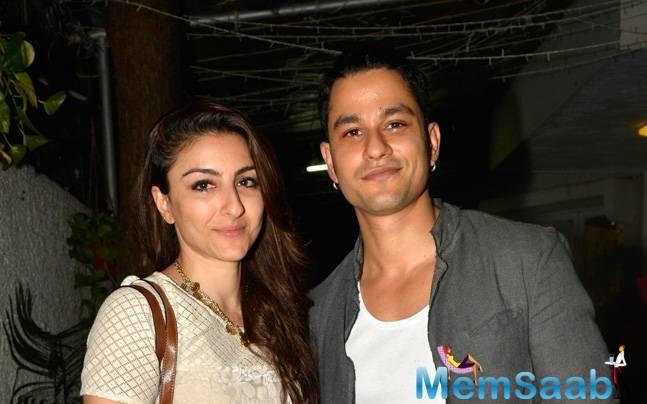 In This Image: Soha Ali Khan, Kunal Khemu
An excited father-to-be Kunal Kemmu confirmed the news and said, “Yes it’s true. Soha and I are very happy to announce a joint production coming later this year – our first child! We feel blessed and thank you all for your good wishes.”

Soha tied the knot with her long-time beau Kunal Khemmu on 25th January 2015. The couple has worked together in films like Mr Joe B. Carvalho, Go Goa Gone and Dhoondte Reh Jaaoge. 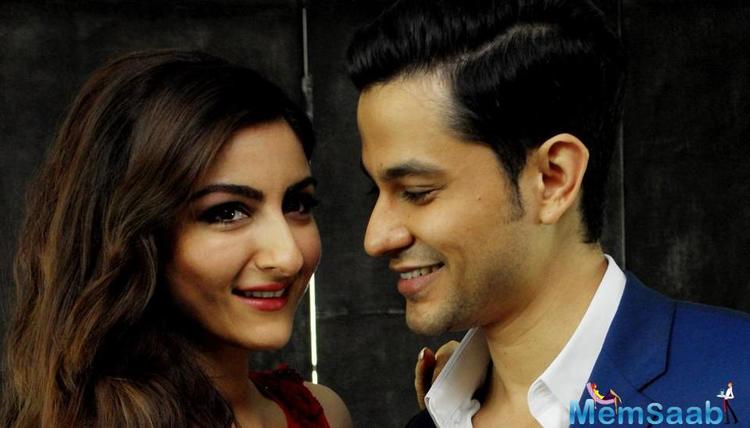 In This Image: Soha Ali Khan, Kunal Khemu
On the work front, Kunal Kemmu will next be seen in Rohit Shetty’s Golmaal Again for which shoot is presently going on in Hyderabad. Golmaal Again, which is the fourth installment of the Golmaal film franchise, also stars Ajay Devgn, Parineeti Chopra, Tabu, Arshad Warsi, Tusshar Kapoor, Shreyas Talpade and Johnny Lever among others.

The film gets a Diwali release this year and is all set to clash with Aamir Khan’s Secret Superstar and Rajinikanth-Akshay Kumar starrer 2.0. 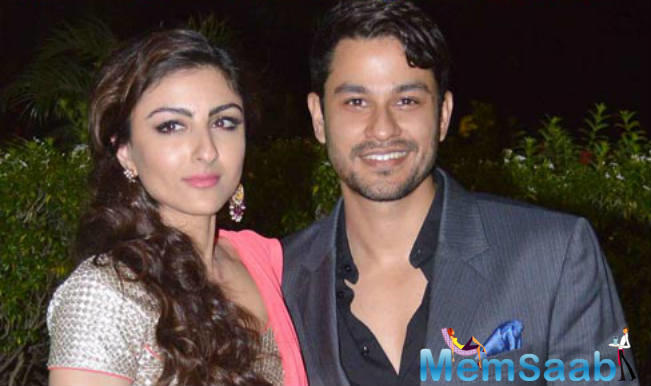 In This Image: Soha Ali Khan, Kunal Khemu
Kunal has also lent his voice to the character of Indra in Ruchi Narain’s animated film Hanuman Da’ Damdaar. Bollywood stars like Salman Khan, Raveena Tandon, Makrand Deshpande, Vinay Pathak and Chunky Panday have given voice-over to the other characters in the movie.

There have been reports that Soha and Kunal might come together for a sequel to their 2013 movie Go Goa Gone. The makers were allegedly trying to rope in Soha to essay a ghost in the film. 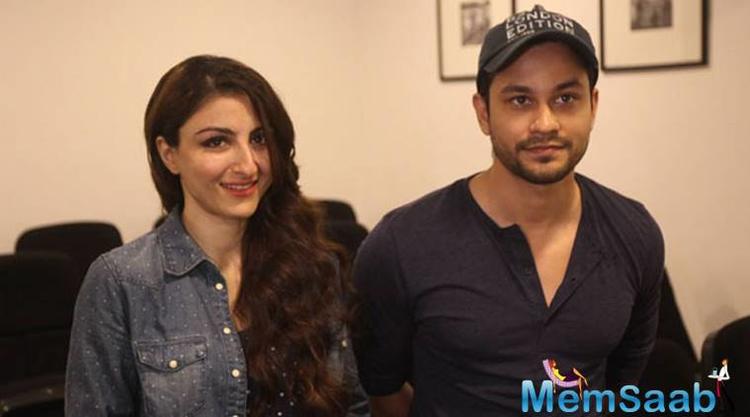 In This Image: Soha Ali Khan, Kunal Khemu
But with the actress now pregnant with her first child, we wonder how much of the plan will be successful. Soha had played a small role in the original film as Kunal Khemmu’s ex-girlfriend. Go Goa Gone also starred her brother Saif Ali Khan along with Vir Das, Anand Tiwari, Puja Gupta, Meenal Thakur and Larissa Bonesi.