A.R. Rahman’s daughter Khatija trolled for wearing a niqab at...

by Naved Qureshi 2 years ago2 years ago
11views
0

A.R. Rahman’s daughter Khatija trolled for wearing a niqab at an event; Here’s her fitting reply

A.R. Rahman’s daughter Khatija trolled for wearing a niqab at an event; Here’s her fitting reply

Oscar-winning Indian music composer A.R. Rahman, who was trolled on social media as his daughter Khatija wore a niqab at an event in Mumbai, defended her “freedom to choose”. 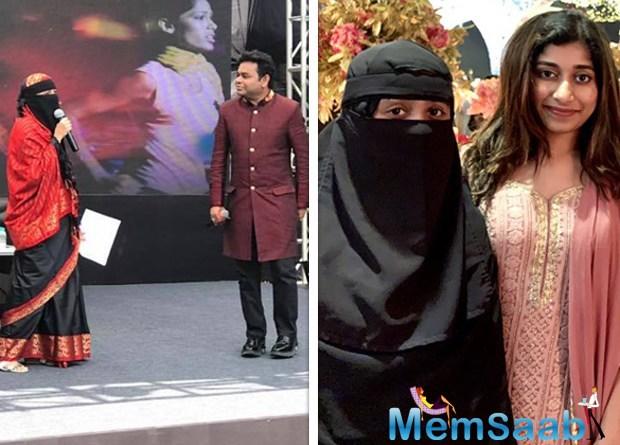 In This Image: A.R. Rahman, Khatija
Rahman received flak on social media after a celebratory for 10 years of Slumdog Millionaire, which had won him Academy Awards.

His daughter had shared the stage with him during the event. Khatija wore a black saree and her face was covered in a niqab with only her eyes visible. Photographs from the event led a section of social media users to raise questions. 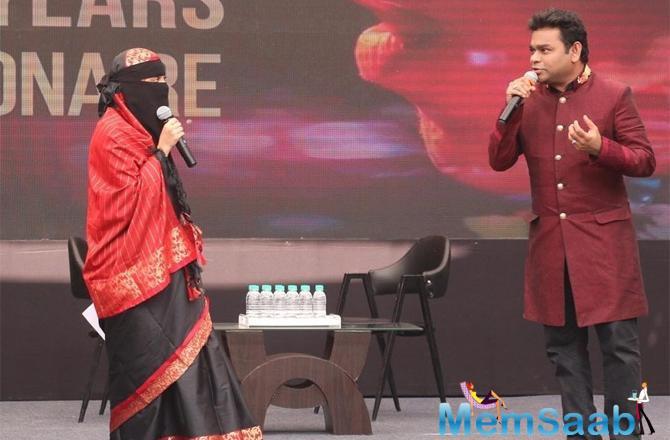 In This Image: A.R. Rahman
Rahman on Wednesday took to Twitter to shut the trollers with another photograph, which featured Khatija, his other daughter Raheema, wife Sairaa and Nita Ambani – from the event.

“The precious ladies of my family Khatija, Raheema and Sairaa with Nita Ambaniji. Freedom to choose,” wrote Rahman in a subtle yet strong response to trollers. 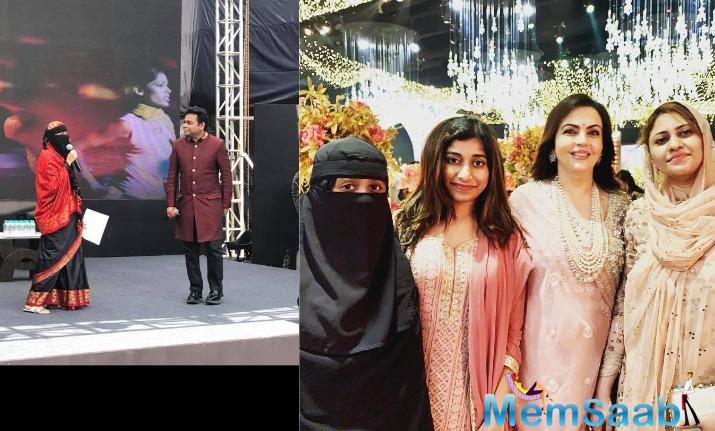 In This Image: A.R. Rahman, Khatija
Khatija too spoke her mind on Facebook. She wrote, “The recent conversation of myself on stage with my dad has been doing the rounds. Although, I didn’t expect such an overwhelming response. However, there were certain comments which said that this attire is being forced by my dad and that he has double standards. I would like to say that the attire I wear or the choices I make in my life does not have anything to do with my parents. The veil has been my personal choice with complete acceptance and honour. I’m a sane mature adult who knows to make my choices in life. Any human being has a choice to wear or do what he/she wants and that’s what I’ve been doing. Hence, kindly don’t make your own judgements without understanding the exact situation.”