Anushka will next be shooting her upcoming flick Kaneda with...

Anushka Sharma, who is currently busy with Imtiaz Ali’s upcoming release opposite Shah Rukh Khan, ‘Jab Harry Met Sejal’, will fly down to Canada in August for shooting her next with ‘NH10’ director Navdeep Singh, titled ‘Kaneda’.

This film will mark Anushka’s third film as a producer after ‘NH10’ and ‘Phillauri’. 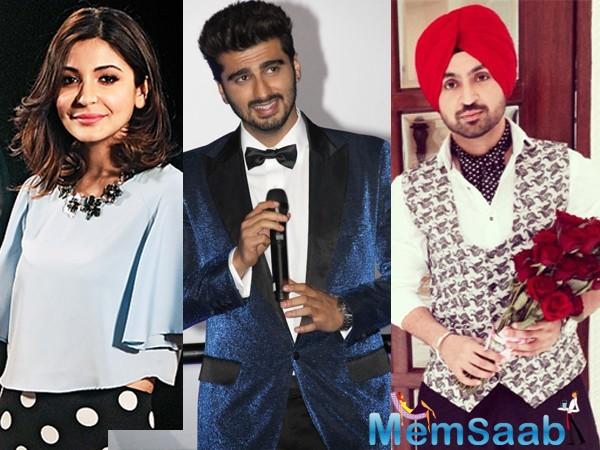 In This Image: Anushka Sharma, Arjun Kapoor, Diljit Dosanjh
Apart from Anushka the film will star Diljit Dosanjh and Arjun Kapoor in the lead, They have started prepping for their respective roles, while the pretty actress will be occupied with JHMS’s promotions in July and join them after the release of the film in Canada.

Diljit has played the role of her love interest in Anushka’s last film ‘Phillauri’, which she also produced, and both the film and their pairing was appreciated by one and all. 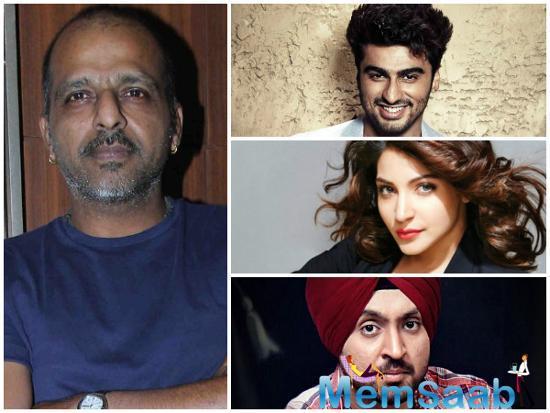 In This Image: Anushka Sharma, Arjun Kapoor, Navdeep Singh, Diljit Dosanjh
There were reports of ‘Kaneda’ been shelved but those rumours are apparently untrue. The film got delayed because all the three actors were engrossed in their other commitments.