by Angel Sharma 1 year ago1 year ago
5views
0

As the year, as well as the decade, is coming to an end, the official festive holiday season has been flagged off in Bollywood. 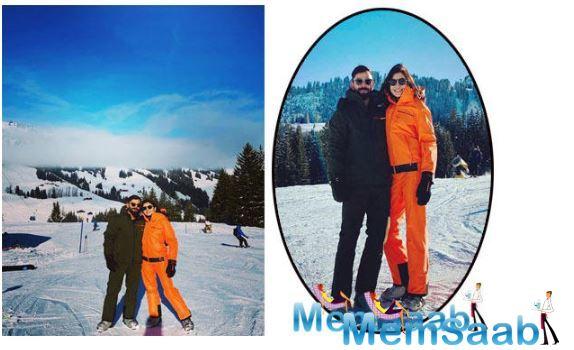 In This Image: Anushka Sharma, Virat Kohli
Celebrities have been jetting out of the country to spend some time away from work with their loved ones. Similarly, keeping up with the festive vibes, Varun Dhawan along with his girlfriend Natasha Dalal whisked off to Gstaad in Switzerland. Apart from the lovebirds, power couple Anushka Sharma and Virat Kohli too travelled to the winter wonderland, proving that the destination is the hotspot for all celebrity holidays this season.

Varun, after bumping into Kareena and Karisma, who are also in the town to bring in their New Year, ran into Anushka-Virat on the Swiss Alps. This time, Natasha was also clicked with the trio, making it a perfect couple picture. 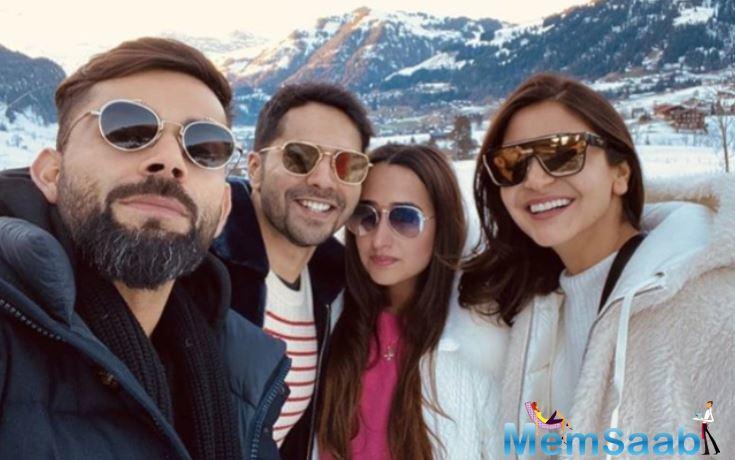 In This Image: Anushka Sharma, Virat Kohli, Varun Dhawan, Natasha Dalal
Virat, post enjoying a vacation in the winter wonderland, will play for the T20I series against Sri Lanka from January 5, 2020. Anushka hasn’t confirmed her next after Zero in 2018. She is said to be roped in for the remake of Satte Pe Satta, reportedly titled Seven, directed by Farah Khan and produced by Rohit Shetty. Varun will resume the shoot of Coolie No. 1 co-starring Sara Ali Khan.