Anushka Sharma has made sure there is a television set in her makeup room with the right channel to tune in. 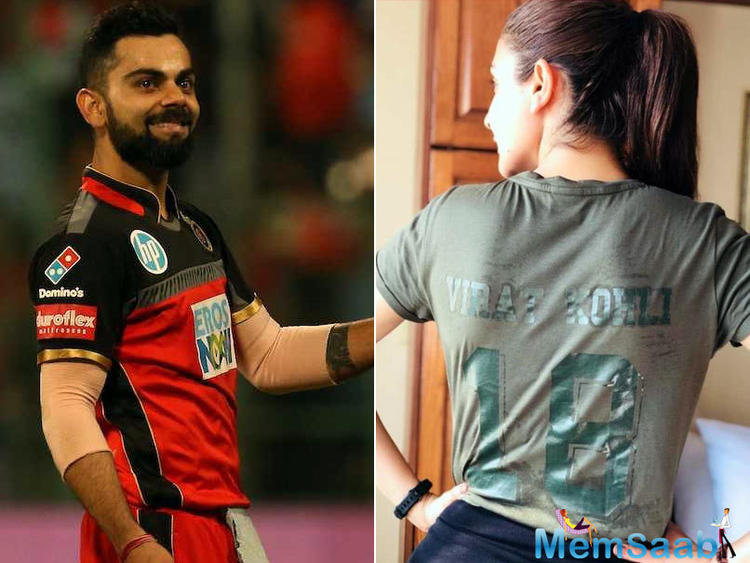 In This Image: Anushka Sharma, Virat Kohli
Though the actor is shooting for Aanand L Rai’s Zero in the US, she has been watching every move of hubby Virat Kohli during the T20 matches. The actor’s Instastory is full of her snapshots striking candid poses while watching him at play. The two believe in expressing support and love for each other through social media. Hope they, SMS and call each other too, considering they are saying it all in the virtual world.

Anushka on Monday encouraged Virat Kohli and his T20 team Bangalore, who were playing against Punjab at the Holkar stadium in Indore. 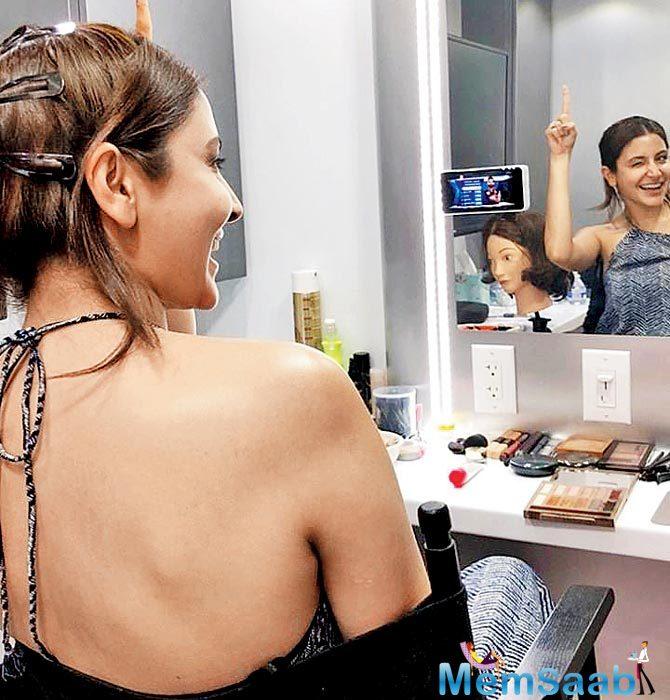 In This Image: Anushka Sharma
The PK actress posted a string of photographs of herself from the sets of her upcoming film Zero. In a few images, she is seen watching the T20 match and later posted a photograph of herself in an olive green T-shirt which had Virat Kohli and the number 18 written on the back. She paired it with black pants. “Come on boys,” Anushka Sharma, who married Virat in Italy in December, captioned the image. Anushka Sharma-starrer Zero has Shah Rukh Khan as the male lead. It also features Katrina Kaif.