It seems budding Bollywood star Ananya Panday has become the latest favourite target of trollers. Netizens have been trolling her since Wednesday morning, over her views on nepotism.

Opening up on the struggles she faced in her career so far, Ananya, who is the daughter of actor Chunky Panday, said: “Everyone thinks it is all glamorous and that I’ve gotten everything that I ever wanted. 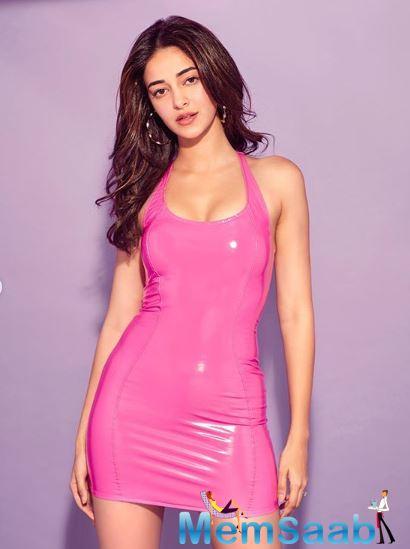 In This Image: Ananya Panday
But I am very grateful that I am my dad’s daughter and I wouldn’t want it any other way. When people hate me for nepotism, I’m not going to shy away that I am Chunkey Panday’s daughter. He is still working so hard. I am so proud of him. I am proud to be his daughter. I am so scared that people are going to say that ‘You’re taking things too lightly’. I will overcompensate then, because I don’t want to take that chance. I have always wanted to be an actor and just because my father is an actor as well, I’m not going to say no to an opportunity. It isn’t as easy as people say it is. I think everyone has their own journey. My dad has never been a part of the Dharma film. He has never been on ‘Koffee with Karan’,” Ananya added, on journalist Rajeev Masand’s show.

However, Ananya’s assertion did not go down well with a section of social media users. 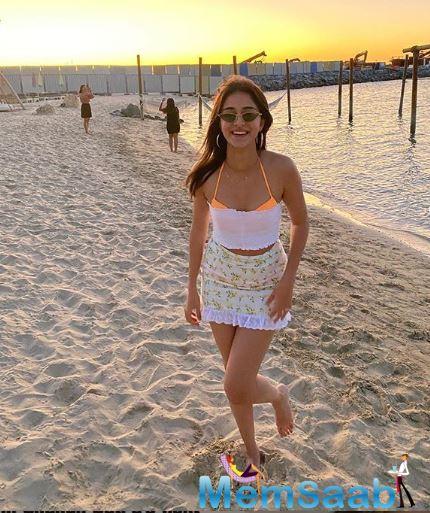 In This Image: Ananya Panday
A user wrote: “Ananya Pandey explaining her struggle in the industry was like our parents telling us how they crossed mountains and rivers to get to school.”

Another one commented: “Sending prayers and condolences to Chunky Pandey for not being on Koffee with Karan show. Almost started crying looking at how much Ananya Pandey struggled to get into the industry.” 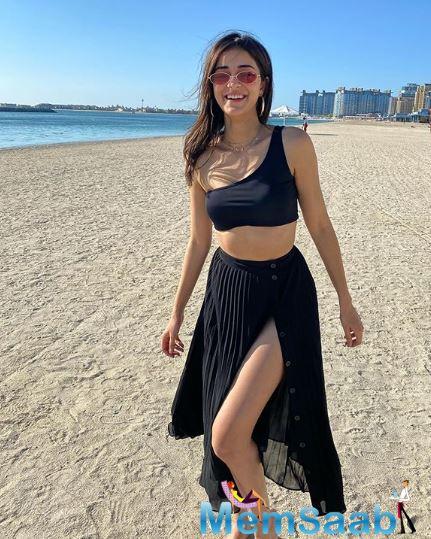 In This Image: Ananya Panday
“Gully Boy” fame actor Siddhanth Chaturvedi was also a part of the show, and he agreed that everyone has their own struggle but in the end he apparentely took a dig on Ananya’s views, saying “the difference is ‘jahaan humare sapne poore hote hain, wahi inka struggle shuru hota hai’ (their struggle begins where our dreams are fulfilled).”