It’s May 8, and Sonam Kapoor-Anand Ahuja is celebrating their first wedding anniversary. 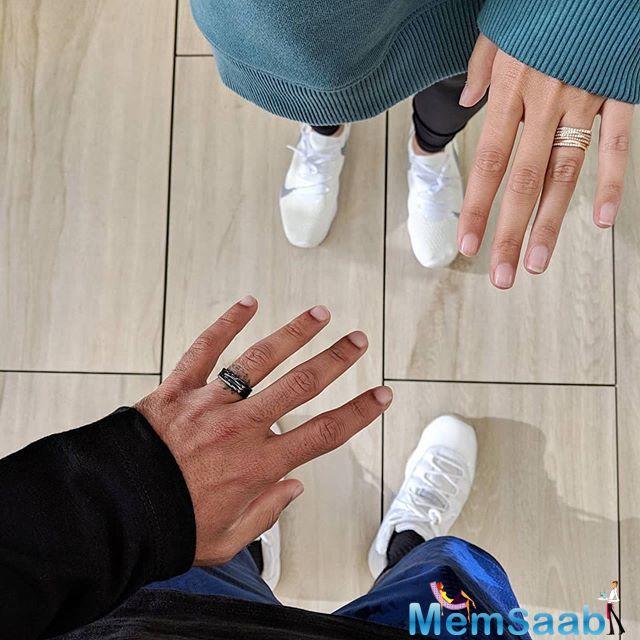 In This Image: Anand Ahuja, Sonam Kapoor
The couple tied the knot on May 8, 2018, in a lavish traditional Punjabi ceremony in Mumbai. The Kapoors and Ahujas begun their festivities a week ago, and it is touted as the most social-media friendly weddings in Bollywood.

To describe how it is to spend a year as a married couple, Anand Ahuja shared an emotional and soul-stirring post for his actor-wife, Sonam Kapoor. 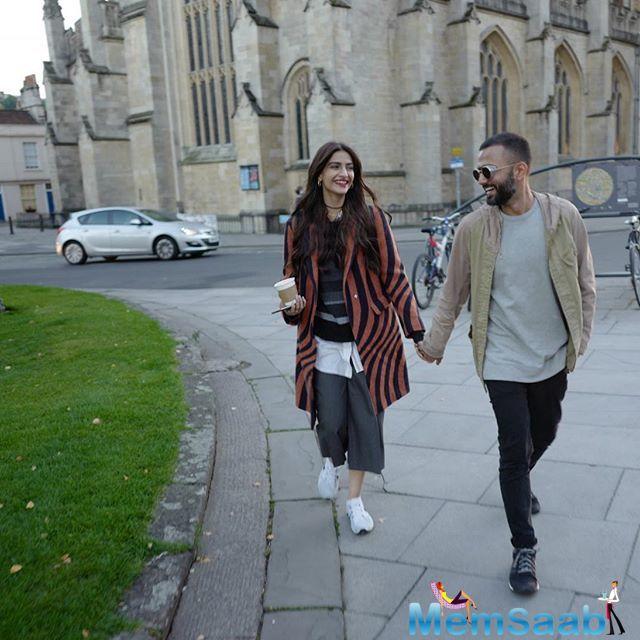 In This Image: Anand Ahuja, Sonam Kapoor
He wrote “Some of my favorite #shoefies w my (scroll to see our first one ever) … I love posting these not because I love shoes (and you KNOW I love shoes) but because the idea of looking down reminds me to stay present, grounded and most importantly grateful! I could tell you exactly where we were and what we were feeling at the time I took these…. Today, to reflect on 1 year of marriage and 3 years being together – nothing could be more of a blessing than to have your life partner be your best friend and also be the person that is supportive but pushes you to be better… to be the person that is unconditionally loving but will tell you when you’re wrong … and to be the person that will lead you into and through your fears – not allowing you to run away from them. Happy Anniversary to my @sonamkapoor .. you’re my guiding star! …#everydayphenomenal! [sic]”

Anand Ahuja’s post involved four photos of the two, which only had their shoes. The entrepreneur is a shoe-fanatic, and also owns a sneaker retailer brand. Apart from this, he also has a fashion label named to his credit.

In This Image: Anand Ahuja, Sonam Kapoor
On the professional front, she was last seen on the big screen with her father Anil Kapoor in Ek Ladki Ko Dekha Toh Aisa Laga. She is currently filming for a film titled, The Zoya Factor, based on Anuja Chauhan’s novel by the same name. Sonam will be seen with Malayalam superstar Dulquer Salmaan in this film.