Ranbir Kapoor and Alia Bhatt will fly to Manali in November for a 15-day shoot of Ayan Mukerji’s ‘Brahmastra’. 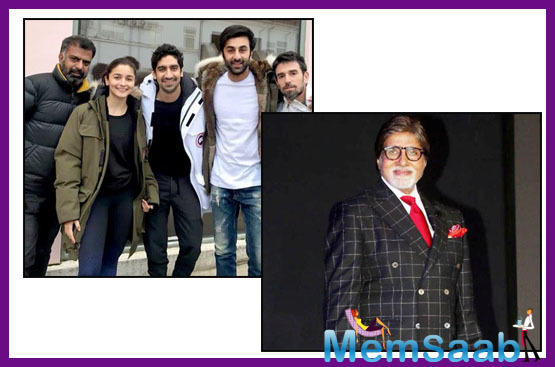 In This Image: Ranbir Kapoor, Alia Bhatt, Amitabh Bachchan
Earlier this week, the duo was spotted at the airport leaving for the resort town. Ranbir’s right arm was in a sling after an injury he reportedly suffered while playing football on Sunday. Alia was later spotted in a Himachali topi while RK sported a beanie as the locals welcomed them. Amitabh Bachchan, who plays Ranbir’s guru in the action fantasy adventure, joined them on Wednesday.

According to a source close to the development, they are shooting for a larger-than-life climax, with the Big B in a strong supportive role for Ranbir’s Shiva who can emit fire from his palms. 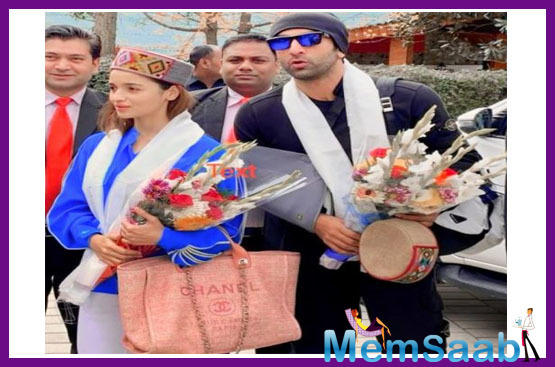 In This Image: Ranbir Kapoor, Alia Bhatt
“Amitji is in Manali, for the next few days before he moves to another shoot in a foreign location in early December. The film’s antagonists, Mouni Roy and Saurav Gurjar, too, will be a part of this schedule, that requires some amount of prep before the camera rolls,” informed the source.

After a recent health scare, which forced him to skip the Kolkata International Film Festival, Bachchan is back on his feet. 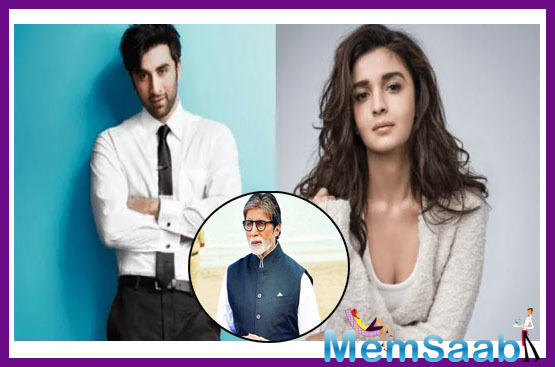 In This Image: Ranbir Kapoor, Alia Bhatt, Amitabh Bachchan
He was at the opening ceremony of International Film Festival of India in Goa and on Tuesday, he paid tribute to the 26/11 martyrs through a moving performance in Mumbai. After kick-starting the Karan Johar production in Bulgaria last year, the film’s team followed up with schedules in London, New York, Scotland and later in Varanasi, where all the central characters meet for the first time in the story. Soon after the Manali schedule, Ranbir and Alia will head back to Varanasi to shoot for a song.

The source adds, “This song is an important part of the narrative and since they couldn’t shoot in June, they will have to return to the Temple City to complete it.” 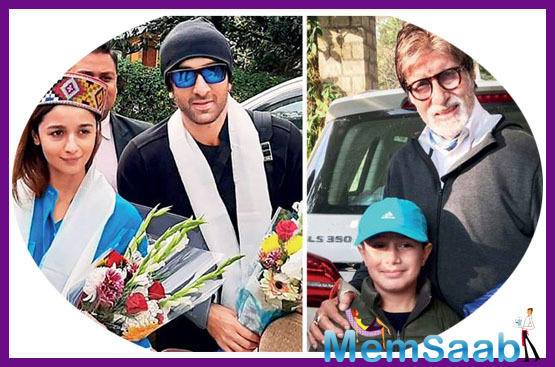 In This Image: Ranbir Kapoor, Alia Bhatt, Amitabh Bachchan
Shah Rukh Khan also joined the team soon after his 54th birthday. He shot for a cameo in a city studio over an eight-day schedule against a green screen. The film also features Nagarjuna who plays an archaeologist, and Dimple Kapadia.