The makers of Badla have given the world a glimpse of their upcoming crime thriller by launching their character posters.

In This Image: Amitabh Bachchan, Taapsee Pannu
The looks were unveiled through an intriguing digital banter between Shah Rukh Khan, the leading star cast and the director of the film.

The conversation was initiated by Shah Rukh Khan that received an interesting response by Mr. Amitabh Bachchan. 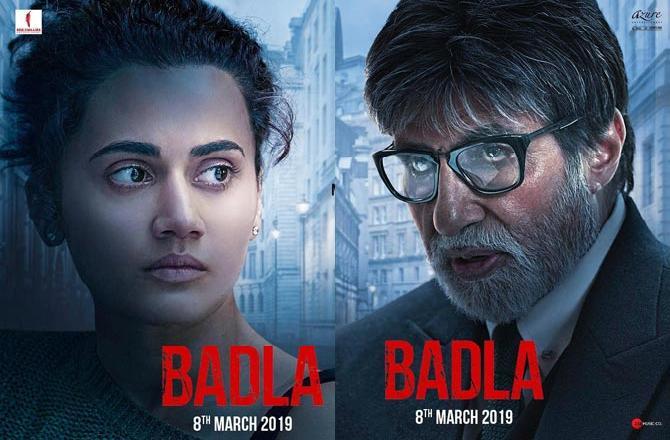 In This Image: Amitabh Bachchan, Taapsee Pannu
It further prompted Taapsee Pannu to launch the first look of Mr. Bachchan’s character in the movie. He, then responded to this by launching her first look in the movie. The director and Shah Rukh Khan then joined the conversation and left the audience on a curious note.

Badla marks the second collaboration between Amitabh Bachchan and Taapsee Pannu. Previously the actors have worked together in the 2016’s PINK. The film has been shot in various locations across the UK. 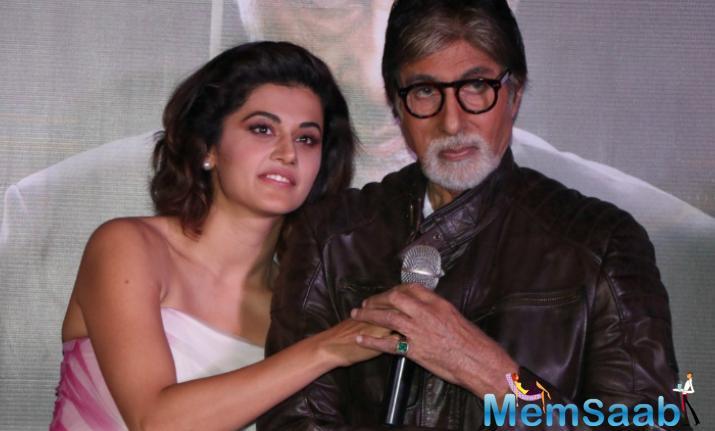